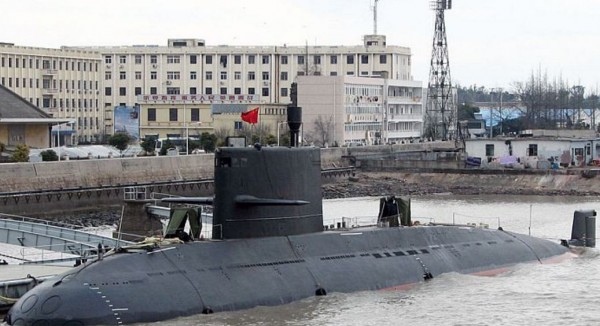 BANGKOK: Thailand has decided to defer its $723 million purchase of two Yuan-class Type 041 submarines from China after public pressure as the kingdom’s economy wanes due to the coronavirus pandemic.

The navy has been told to delay the 22.5 billion baht ($723 million) purchase until fiscal year 2022. The government had sought to have 3.375 billion baht ($108 million ) included in the 2021 budget to cover the first of seven annual installment payments.

The submarine programme which was funded in the 2017 budget was approved earlier this month by a parliamentary sub-committee.

Government spokesman Anucha Burapachaisri announced Aug 31 that Prime Minister Prayut Chan-O-cha who is also defence minister had “requested the navy to consider a delay” in the purchase of the two submarines.

“The navy will negotiate with China to delay for another year,” Anucha told reporters, adding that “the prime minister has given priority to the concern of the public who are worried about the economy.”

The spokesman said the government’s decision showed that the prime minister understood the worries of the Thai people, so the money will instead be used for other purposes, such as a relief programme for those who are affected by the coronavirus outbreak.

The purchase of the first of the three submarines has already been finalised with the steel cutting ceremony of the submarine designated as Yuan-class S26T(Thailand) held on Sept 4 2018 at Wuchang Shipyard, Wuhan, China.

A report on the deal by the Bangkok Post newspaper said that Beijing has already agreed to the delay for the two subs. Thailand was scheduled to receive the first submarine in 2023 as part of the same deal with China.

It was also reported that funding the submarines had become a political issue, with critics saying the purchases could not be justified while the country carried a huge economic burden from the Covid-19 crisis. It also threatened to create fissures in Prayuth’s ruling coalition government, as a major partner threatened to oppose its inclusion in the 2021 budget.

Thailand’s economy is undergoing one of its worst periods in more than 20 years, contracting 12.2 percent in the second quarter as its tourism- and exports-led sectors have been hard-hit by the pandemic.

The Royal Thai Navy had earlier defended its submarine development programme  with Navy chief-of-staff Admiral  Sittiporn Maskasem saying at a press briefing at the navy headquarters in Bangkok that the service needed more submarines as part of its defence strategy, but the issue had been dragged into politics.

At the briefing, the Navy used the South China Sea issue and the number of submarines in service or being bought by neighbouring countries to substantiate its need for a strong submarine fleet. Countries in the Southeast Asian region have a total of 18 submarines currently in service. Vietnam has six, Indonesia has five with four more on order; Malaysia has two; Singapore has four with four more on order while Myanmar has one and is looking at buying four more.

Adm Sittiporn was quoted by the Post as saying Even though major wars are unlikely to break out anytime soon, disputes involving territorial and maritime claims in the South China Sea have been ongoing with major powers getting involved. –iz/mgm