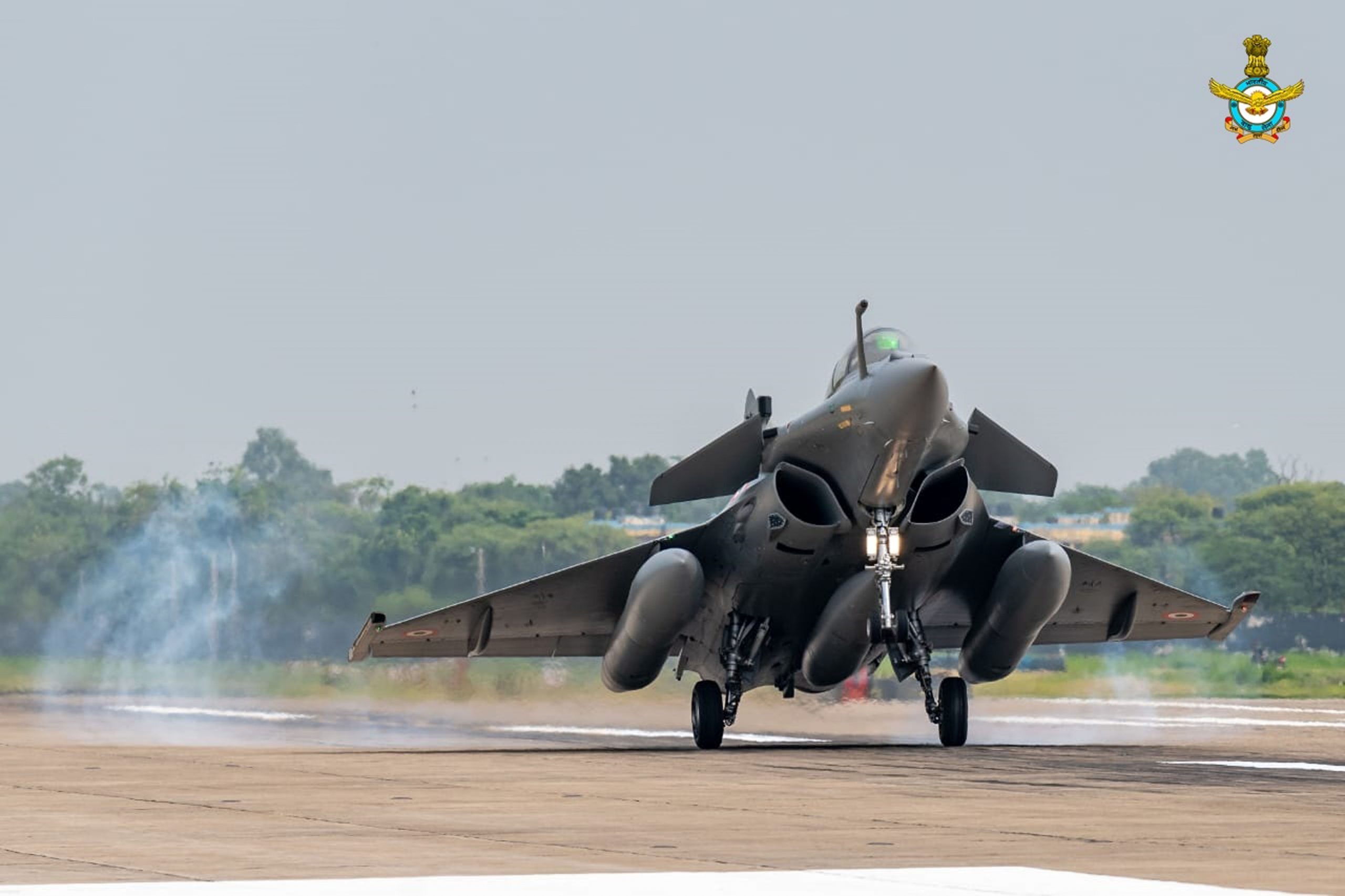 The event, described as a miliestone in the history of the IAF, took place at the Ambala Air Force Station, more than a month after the five fighter jets manufactured by Dassault Aviation were flown in from France on July 29.

The induction ceremony saw the unveiling of the Rafale aircraft with a traditional “Sarva Dharma Puja”, and an air display by the new Rafales and flypast by other IAF aircraft including its mainstay Su-30MKM  air superiority fighters.

New Delhi inked a government-to-government deal with France in September 2016 to procure 36 Rafale jets, an offshoot of a bigger programme for 126 medium multi-role combat aircraft (MMRCA).

The IAF Rafales, which has been described by the Indian Defence Ministry as  “strategic aircraft,” are built as F3-R-standard but with Indian-specific modifications. The next batch of aircraft is scheduled to arrive in October while the last batch is sheduled to arrive by the end of 2021.

A video shared by the Indian Air Force contained footage giving a pilot’s view of the journey from France to India. It also included an arrow formation with an IAF IL-78 tanker. Interspersed, a fighter aircraft was showcased, carrying out a sortie across snow-covered mountains. It was reported that the IAF pilots practiced night operations with the Rafale in the mountainous terrain of Himachal Pradesh.

An IAF statement on the journey to Air Force Station, Ambala, said the Rafales took off from Dassault Aviation’s Facility, Merignac, July 27 and reached India after a planned stopover en-route at Al Dhafra airbase in the United Arab Emirates.

The ferry was planned in two stages and was undertaken by IAF pilots. The aircraft covered a distance of nearly 8,500 km from France to India. First stage of the flight covered a distance of 5,800 km in seven and a half hours. French Air Force (FAF) Tanker provided dedicated Air-to-Air refuelling support during the flight.  The second stage of the flight covering over 2700 km was carried out with Air-to-Air Refuelling by an IAF tanker.

The “Golden Arrows” squadron was resurrected Sept 10 last year. The Squadron was originally raised at Air Force Station, Ambala on Oct 1 1951. 17 Squadron has many firsts to its credit; in 1955 it was equipped with first jet fighter, the De Havilland Vampire. In Aug 1957, the Squadron became the first to convert to a swept wing fighter, the Hawker Hunter. –shp/mgm