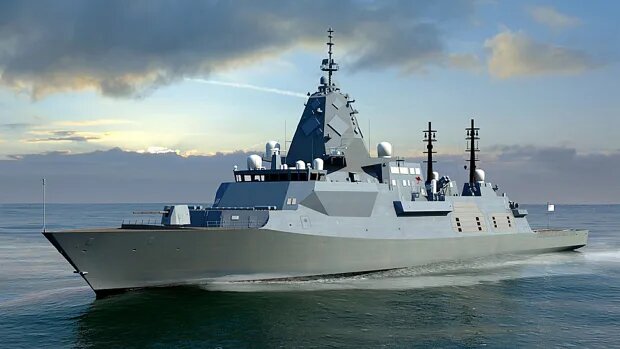 CANBERRA: Work on the Hunter Class Frigate Programme is progressing as the prototyping phase of the programme approaches. Prime contractor, ASC Shipbuilding, has signed a contract with South Australian Company Infrabuild Steel Centre to support the manufacturing of the frigates at the Osborne South shipyard.

The contract is for the supply of around 120 tonnes of Australian steel that will be used to support the manufacturing of the Hunter class frigates.

Minister for Defence, Senator Linda Reynolds said today the contract was a testament to the continued progress that was being made in the programme.“This contract follows my earlier announcement this year of a contract with Bluescope Steel to provide steel for the prototyping blocks.

Both contracts are prime examples of growing our national naval shipbuilding enterprise with the support of Australian steel,” Reynolds said.“The steel from Infrabuild’s Port Adelaide facility will be used to make an initial six jig wagons, which will hold and support the movement of ship parts around the state-of-the-art Osborne shipyard.

“A total of 13 jig wagons will be manufactured, with the fabrication of the jig wagons from this contract marking the first work being done in the new yard.“This national endeavour will strengthen our sovereign shipbuilding capability for generations to come.”

Minister for Defence Industry, Melissa Price said ASC Shipbuilding would continue to increase Australian industry content in the programme in the lead up to prototyping. “This is all about Aussie jobs and creating a skilled Australian workforce to deliver nine frigates for our Navy,” She said. “It is important, now more than ever, to back Australian businesses and create more Australian jobs. That’s why we’re building Australian ships with Australian steel by Australian workers.” –shp/mgm (Photo: BAE Systems)