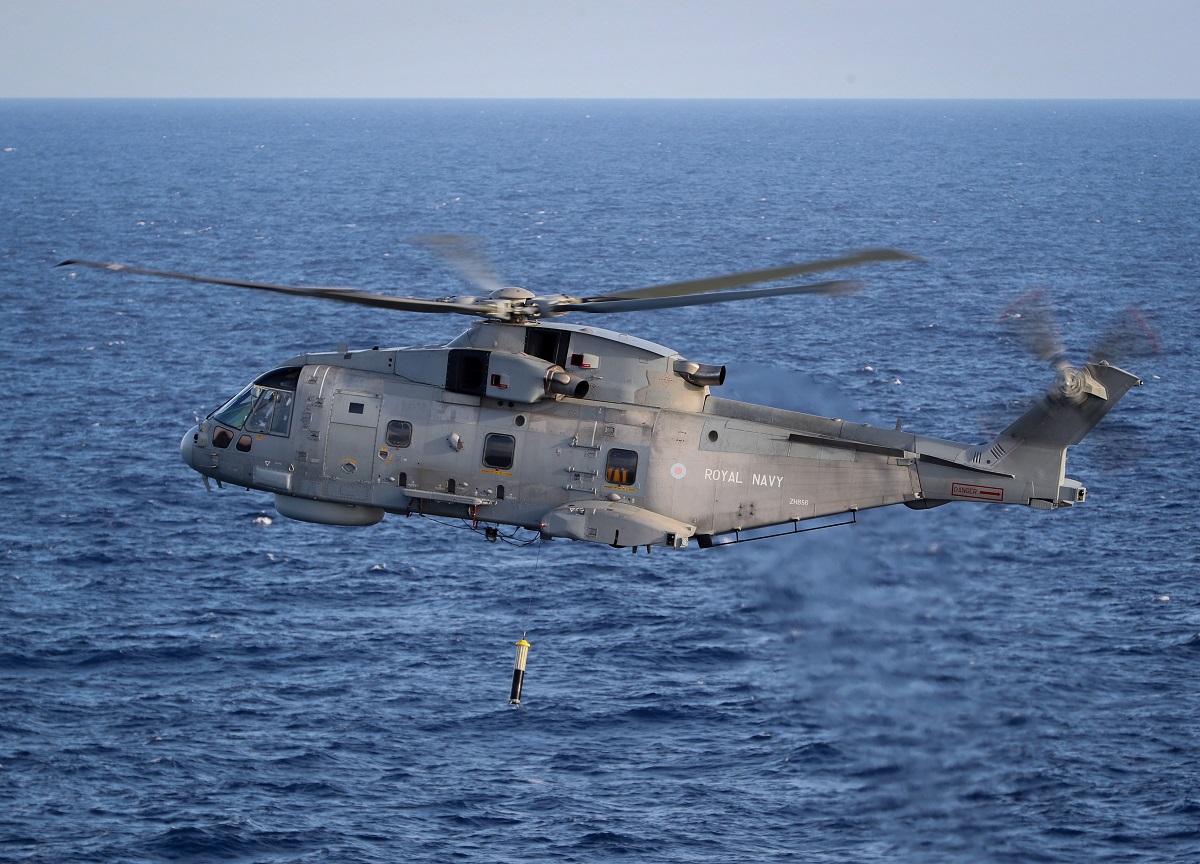 Four Flash Sonics dipping sonar and sonobuoy processing systems from Thales will provide the Polish Navy with the latest-generation anti-submarine warfare capability. With its unparalleled threat detection and location performance, the Flash sonar has become a major success story and consolidated Thales’s world leadership in airborne anti-submarine warfare sonars. Teams from Leonardo and Thales have worked jointly with local industry partners to meet the requirements of the Polish Navy,

The Polish Navy will rely on Thales to equip its helicopters with four Flash Sonics. The FLASH system (Folding Light Acoustic System for Helicopters) is currently the leading dipping sonar on the international market and has become the benchmark system for the world’s major navies, a Thales statement said Oct 1.

To maintain control over their maritime space and protect security interests around the world, naval forces need reliable, high-performance systems to operate with optimum effect on missions including anti-submarine warfare, maritime search & rescue, defence of maritime approaches and fleet protection for naval forces on deployment.

“The FLASH is the leading system in the international market for dipping sonars, providing a first-rate level of protection that is recognised by a large number of naval forces, including the US Navy, the UK Royal Navy, the French Navy, the Royal Australian Navy and the navies of the United Arab Emirates, Norway, Sweden, South Korea, the Philippines and now Poland. To date, over 400 Flash systems have been delivered to about a dozen navies around the world, “ the statement said.

The key benefits of this low-frequency wideband sonar include long-range detection with broad sector coverage and low false alarm rates in open ocean as well as littoral waters. Associated with an active and passive sonobuoy processing system, Flash Sonics provides an unparalleled anti-submarine warfare capability. Initially designed for heavy helicopters such as the Merlin AW101 from Leonardo chosen by the Polish Navy, the system is also available in a compact version equipped with an electric motor for lighter helicopters like the AW159.

“The FLASH system has been proven in operational deployments with numerous navies, making it a formidable threat for all types of submarines. It is an important instrument of operational superiority for our client navies in their anti-submarine warfare operations. We are very appreciative of the trust the Polish Navy has placed in us with this new contract in partnership with Leonardo, which further consolidates the Group’s world leadership position in anti-submarine warfare systems.” Alexis Morel, Vice President, Thales Underwater Systems.

Thales and Leonardo have worked jointly with local industry partners, including the Polish aerospace and defence equipment manufacturer WZL1 and the Gdansk University of Technology (GUT), to meet the customer’s requirements. This cooperation demonstrates the Thales Group’s commitment and ability to build and maintain long-term partnerships with local players. GUT and WZL1 will benefit from transfers of technology for sonar maintenance on this programme. –shp/mgm