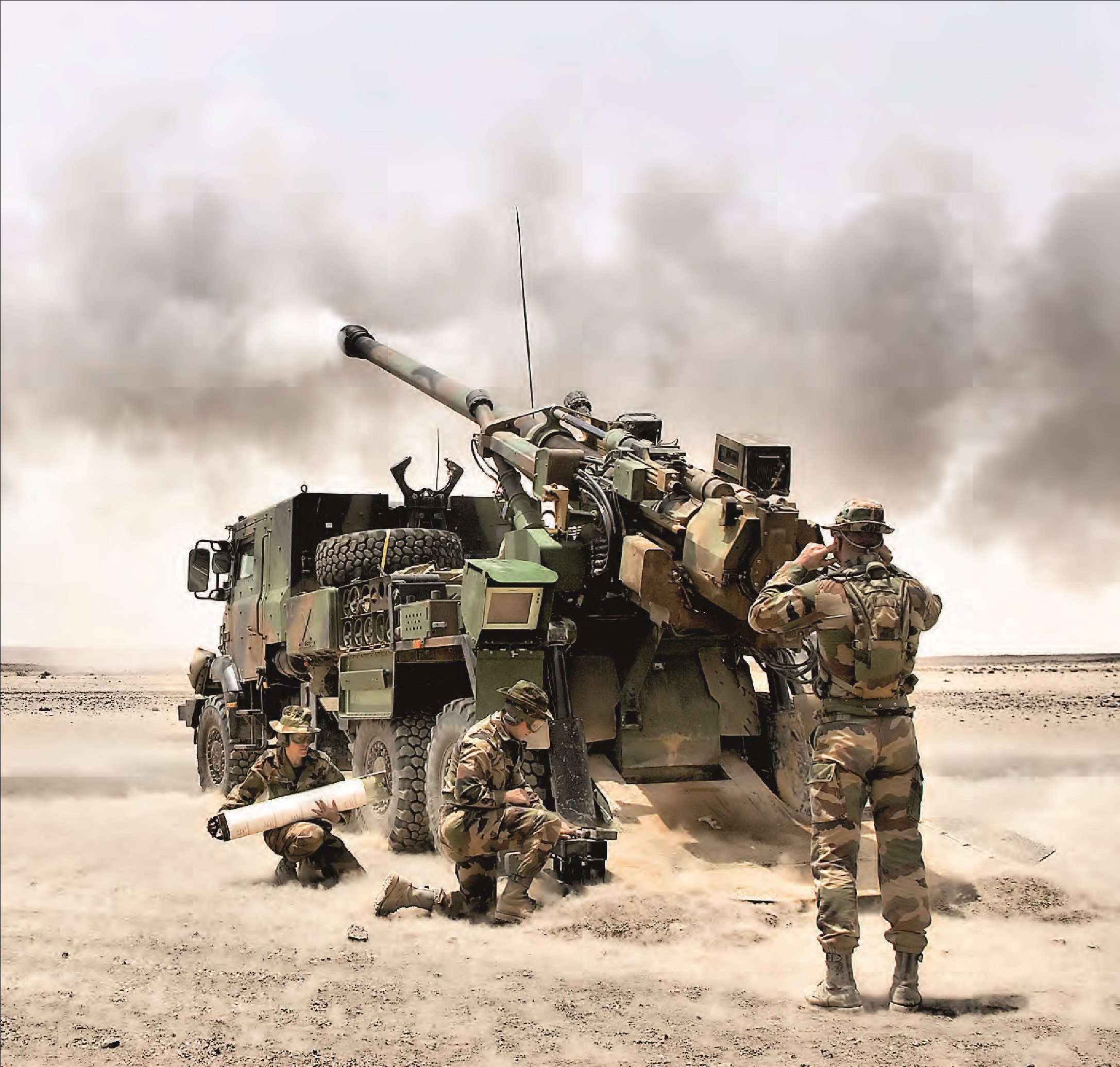 Nexter has been notified of a renewal of the support  contract for the French Army’s Caesar self -propelled howitzer artillery systems, the company said.

“The integrated structure for maintaining land equipment in operational condition (SIMMT) notifies Nexter of a second in-service support (ISS) contract for the Caesar self-propelled howitzer,” a Nexter statement said. This contract follows on from the first contract, which for the past seven years has provided support for the army’s 77 Caesar artillery systems.

During this period, the Caesar has been deployed in many theaters of operation (Afghanistan, Sahel-Saharan strip, Lebanon, Iraq) and sometimes under heavy demand. The terms of the new support contract take into account these years of feedback; thus, the annual maintenance packages are more flexible and responsive to adapt to the foreseeable use of the Caesar, both in peacetime and when it is deployed on operations.

“With this contract, for a renewed period of 7 years and 4 months, Nexter will ensure the maintenance in operational condition (MOC) of the gun systems, which includes the management and delivery of spare parts, documentation, technical expertise, technical assistance to regiments, tool maintenance and support for the Caesars used at the Canjuers and Mourmelon training parks,” the Sept 28 statement said.

It should be noted that these operations are carried out in conjunction with the teams of the land-based industrial maintenance department (SMITer), which in particular carry out deep vehicle repairs. The technical control, on behalf of the French defence procurement agency (DGA), enables to monitor the evolution of the system, analyse technical facts, deal with obsolescence and thus consider improvements to the Caesar definition.

Nexter is the prime contractor for the MOC, but also for the army’s main combat platforms: the VBCI, the Leclerc tank and the AMX 10 RC. ISS contracts for each of these systems guarantee the performance of the supply chain and the availability of the fleets.

Lilian Braylé, Director of Customer Services, believes that “the renewal of the ISS CAESAR demonstrates the quality of the services offered by Nexter for more than 10 years and the relationship of trust built up with the French ministry of the Armed Forces”.

For example, she said, this close collaboration is evident in the remote workshops set up in the training fleets in France (Provence, Champagne), where Nexter deploys teams to perform all or part of the maintenance of the vehicles used to train the units.

The Caesar 6×6 self-propelled howitzer system has been in service in French artillery regiments since 2008. The French army has used the Caesar gun system during most of its recent overseas operations where it has served in real engagement conditions. Nexter also integrates innovative systems capable of increasing the CAESAR’s capabilities: observation drones, handling robots and artillery C2s.

In the Asia-Pacific the Caesar is in service with the Thai and Indonesian armed forces, and has attracted the interest of other military forces in the region from India to Vietnam. The Caesar is also offered using an 8×8 chassis which has been ordered by the Danish and Czech armies. –shp/mgm (Photos: Nexter, Kostrad)