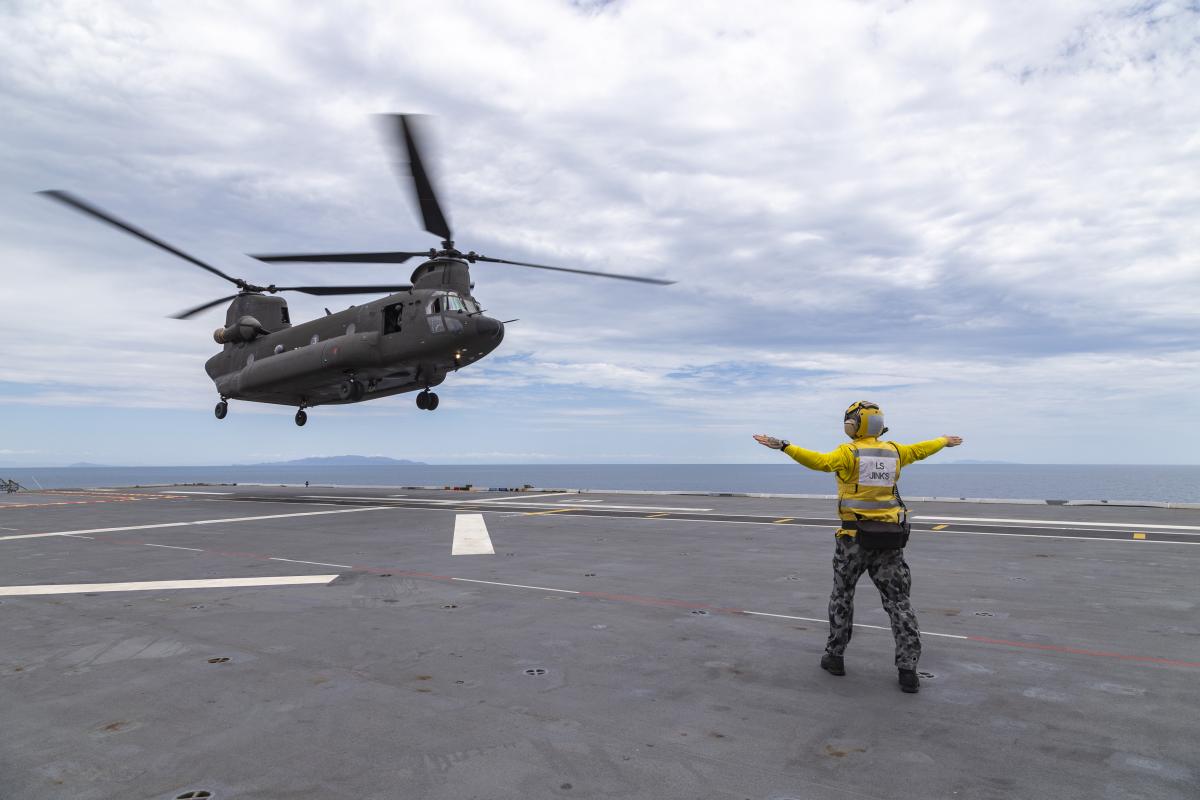 The Royal Australian Navy and Republic of Singapore Air Force have proven their ability to work together with Singaporean CH-47 Chinook heavy-lift helicopter crews qualifying to take off and land on Australia’s largest vessels, HMA Ships Adelaide and Canberra.

Minister for Defence, Senator the Hon Linda Reynolds CSC said qualifying Republic of Singapore Air Force personnel, to operate their CH-47 aircraft with the Australian Navy, was a force-multiplier for both nations.

“Last week I conducted my second official visit to Singapore, and met with my counterpart Minister for Defence, Dr Ng Eng Hen. During the visit, we jointly marked 30 years of the Singapore Armed Forces training in Australia,” Minister Reynolds said.

“The 30th Anniversary of Singapore training in Australia is a significant milestone in our bilateral defence relationship, and this activity is a clear demonstration of the closeness of our friendship and our growing interoperability.”

The Singaporean CH-47 crews, permanently based at Oakey in Queensland, spent two days flying from Townsville to HMAS Adelaide at sea to undertake Deck Landing Qualifications.

This included communicating with the warship’s flight control room and being guided by Australian sailors on the flight deck. HMAS Adelaide is a 230-metre long Landing Helicopter Dock based in Sydney.

“The ability to operate our largest amphibious vessels with Singapore’s CH-47 Chinook helicopters means we can work together to mobilise and move personnel or supplies at sea, and enhance our combined joint capability,” Minister Reynolds said.

“Singapore maintains an ongoing number of CH-47s at Oakey. These are the same aircraft that came to Australia’s aid during the 2020 bushfire emergency, underscoring the utility of being able to operate with Singapore in a crisis. We will always be grateful for Singapore’s assistance during our time of need.” –shp/iz/mgm  (Photo: RAN)