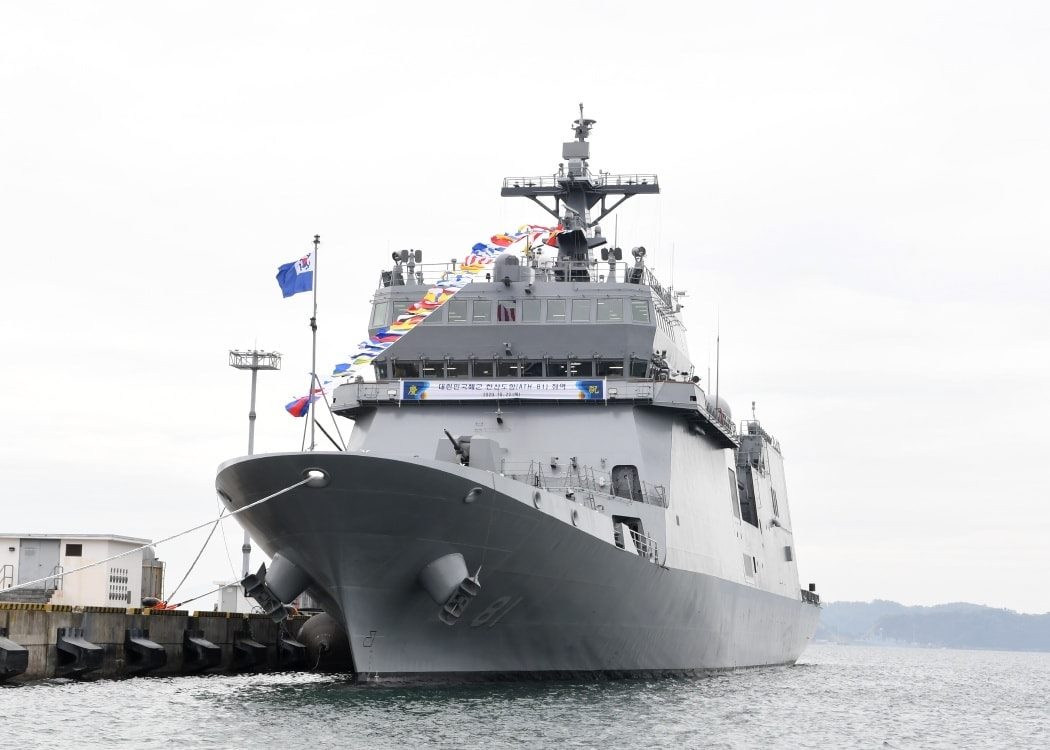 SEOUL: The Republic of Korea Navy (RoKN) received its first ever dedicated training ship in a commissioning ceremony held at a naval port in the southeastern city of Changwon Oct 20, according to South Korea’s Defence Acquisition Programme Administration (DAPA).

In June 2016, DAPA has placed a KRW260 billion ($228 million) order with HHI on behalf of the RoKN to build the training vessel. The ship is named after a southern islet, around which Admiral Yi Sun-sin staged a major battle against a Japanese fleet in 1592.

Built under the RoKN’s Training Ship Experimental (ATX) programme, the training ship, which has a standard displacement of 4,500 tonnes and incorporates stealth features in its design, will have a crew complement of 120 and enough room to accommodate more than 300 trainees. The vessel features a computer-based training system that can simulate combat situations as well as operations aboard various RoKN ships, including frigates and destroyers.

Hansando also has three classrooms and lecture halls and is fitted with dual stern ramps for launching rigid-hull inflatable boats, as well as a hangar that can accommodate up to two medium-sized helicopters. It also features a sick bay, three operating rooms to deal with patients in critical condition, and a negative-pressure room to handle outbreaks of infectious diseases on board. This will enable the vessel to also carry out disaster relief missions and provide medical support in case of incidents out at sea.

Prior to the induction of Hansando into service, the RoKN does not have a dedicated training vessel and had to use a destroyer whenever the need arises for training. The upcoming ship will also be used as a salvage ship in the event of disasters at sea. The training vessel is expected to enter service in early 2021 and will be based at the Jinhae Naval Base in South Gyeongsang Province. – shp/kf/aaa/iz (Photo: RoKN)