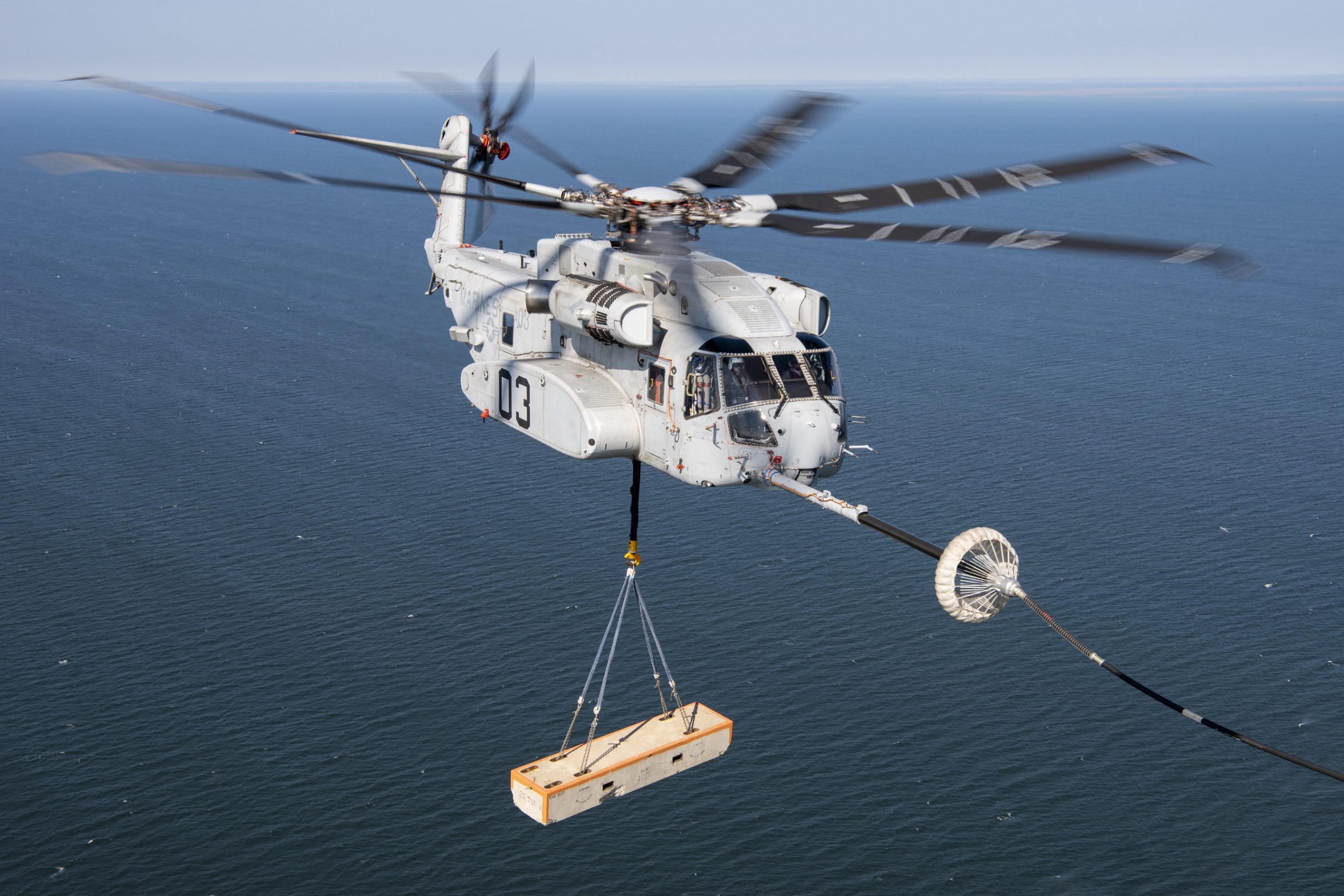 Sikorsky will build six additional production CH-53K King Stallion helicopters under a new contract for the US Navy. The aircraft will further support the US Marine Corps in its mission to conduct expeditionary heavy-lift assault transport of armoured vehicles, equipment and personnel to support distributed operations deep inland from a sea-based centre of operations.

The six helicopters are part of 200 aircraft Programme of Record for the US Marine Corps, and their addition makes a total of 24 CH-53K production aircraft now under contract. Under the terms of this most recent contract – known as Low Rate Initial Production (LRIP) Lot 4 – Sikorsky will begin deliveries of the six aircraft in January 2024. Sikorsky is a Lockheed Martin company.

“This contract award is a testament to the government’s confidence in the CH-53K platform. This award shows that we are working hard to make the aircraft more affordable,” said Major General Greg Masiello, programme executive office, air ASW, assault and special mission programmes. “The capability and affordability of the CH-53K is important to ensure that we provide a valuable addition to the United States Marine Corps and our friends and allies.”

The CH-53K programme has five aircraft on the line at Sikorsky facilities in Connecticut and over two dozen in various stages of production. The programme will deliver the first low rate initial production aircraft in September 2021.

Sikorsky and its suppliers have made significant investments in facilities, machinery, tooling, and workforce training to ramp up production required for the CH-53K programme. For example, for the first time, newly installed 10-ton cranes lifted a 12,000 lb gearbox into a CH-53K production aircraft.

“The production of this CH-53K helicopter represents a new era in capabilities, technologies, safety and mission flexibility for the US Marine Corps. Sikorsky is committed to supporting the Marine Corps to maximize the benefits of this all new helicopter,” said Bill Falk, Sikorsky CH-53K programme director.

The CH-53K is also nearing the conclusion of the developmental flight test events in preparation for Initial Operational Test & Evaluation (IOT&E), having flown more than 2,000 flight hours validating the aircraft’s performance on a ship and in both hot and cold environments.

The CH-53K has flown more than 2,000 flight hours validating the aircraft’s performance, including testing on a ship and in both hot and cold environments. This year, the helicopter completed air-to-air refuelling with a 27,000-lb. external load demonstrating its ability to enable heavy-lift transport from sea to shore. –shp/mgm