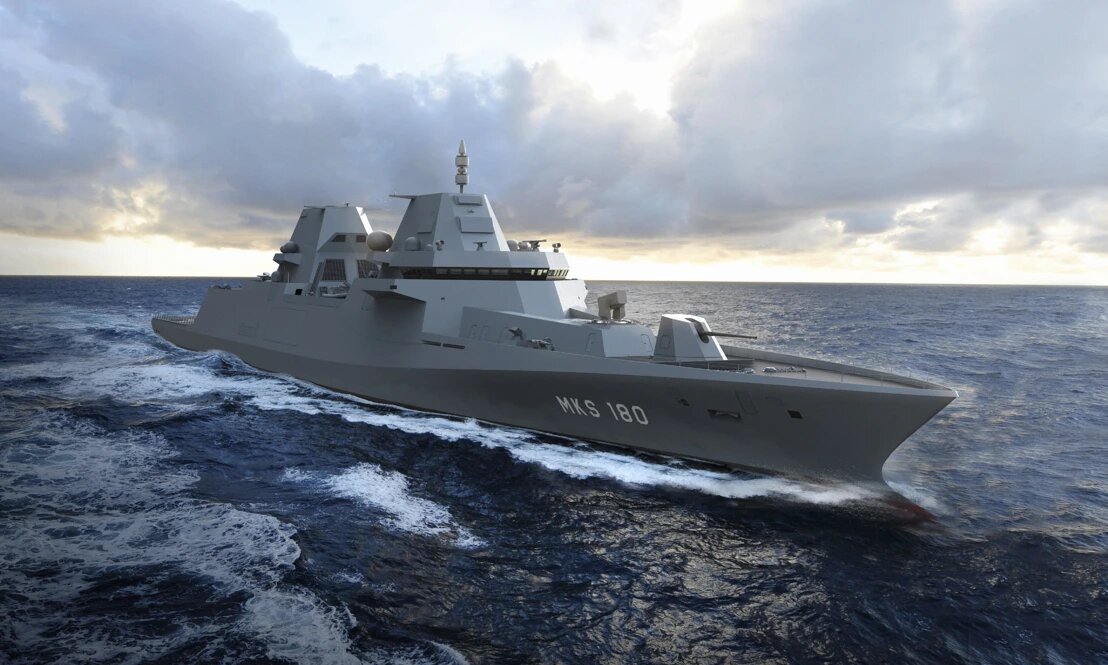 HENGELO: Damen Schelde Naval Shipbuilding and Thales has signed a contract for the delivery and full integration of Thales’s Mission and Combat System for the four MKS 180 class frigates contracted by the German Navy. The system will be designed by Damen and completely built by German shipyards, under Damen’s project management.

Valued at €1.5B, the contract illustrates Thales’s leading position in global naval integration. It will be executed by Thales’s naval Centres of Excellence in Hengelo (the Netherlands), Kiel and Wilhelmshaven (Germany) in cooperation with a substantial number of German subcontractors.

Underpinning this contract is the proven cooperation of German and Dutch naval industries, including numerous joint opportunities for Damen and Thales in the Netherlands to innovate within naval shipbuilding projects, often with the participation of the Netherlands’ Ministry of Defence. The project underscores Damen’s and Thales’s ambition to build further cooperation with shipyards and partnering industries in high-end European naval programmes.

AWWS is a cutting-edge warfare suite that helps the ship crews to counter and neutralise complex saturation attacks by continuously analysing and optimising the tactical environment and deployment of resources. AWWS will be combined with APAR*B12 (Active Phased Array Radar), the evolved version of Thales’s proven AESA* (Active Electronically Scanned Array) multifunction radar. In 2019, Thales signed an AWWS development contract for the new M-frigates for the Belgian and Dutch Navies.

In the past years, Thales has been awarded several large contracts by European NATO navies, thanks to innovative solutions and its proven reliability as an industrial partner. These contracts have made Thales the de facto naval combat system partner of NATO. The first ship of the MKS 180 class will be operational in 2028. The entire programme will run for over ten years.

“Winning such a substantial contract within the strict framework of an objective scoring system reinforces our global leading position in high-end naval integration. Thanks to our innovative capabilities, the German Navy will be able to execute both current and future tasks whilst substantially contributing to stability in the operational theatres all over the world.” Gerben Edelijn, CEO of Thales Netherlands.

“As a partner in the MKS 180 programme, Thales Deutschland not only contributes to a high German value-added share, but also brings many years of experience in European cooperation and proven systems expertise. This programme will create new, high-quality jobs in Germany, within an exemplary framework of European defence cooperation. We will also contribute to maintaining the German Navy’s operational capability at the highest level within the alliance,” Dr Christoph Hoppe, CEO of Thales Deutschland.

“We are very honoured by this notification which further solidifies our long-standing cooperation with the German Navy and Damen. We sincerely thank our customers for their continued trust.  This huge contract anchors our position as global leader in high-end naval systems integration. The German Navy will benefit from cutting-edge technological systems thanks to the diversity of talents at Thales”.Patrice Caine, Chairman and CEO of Thales. –shp/mgm