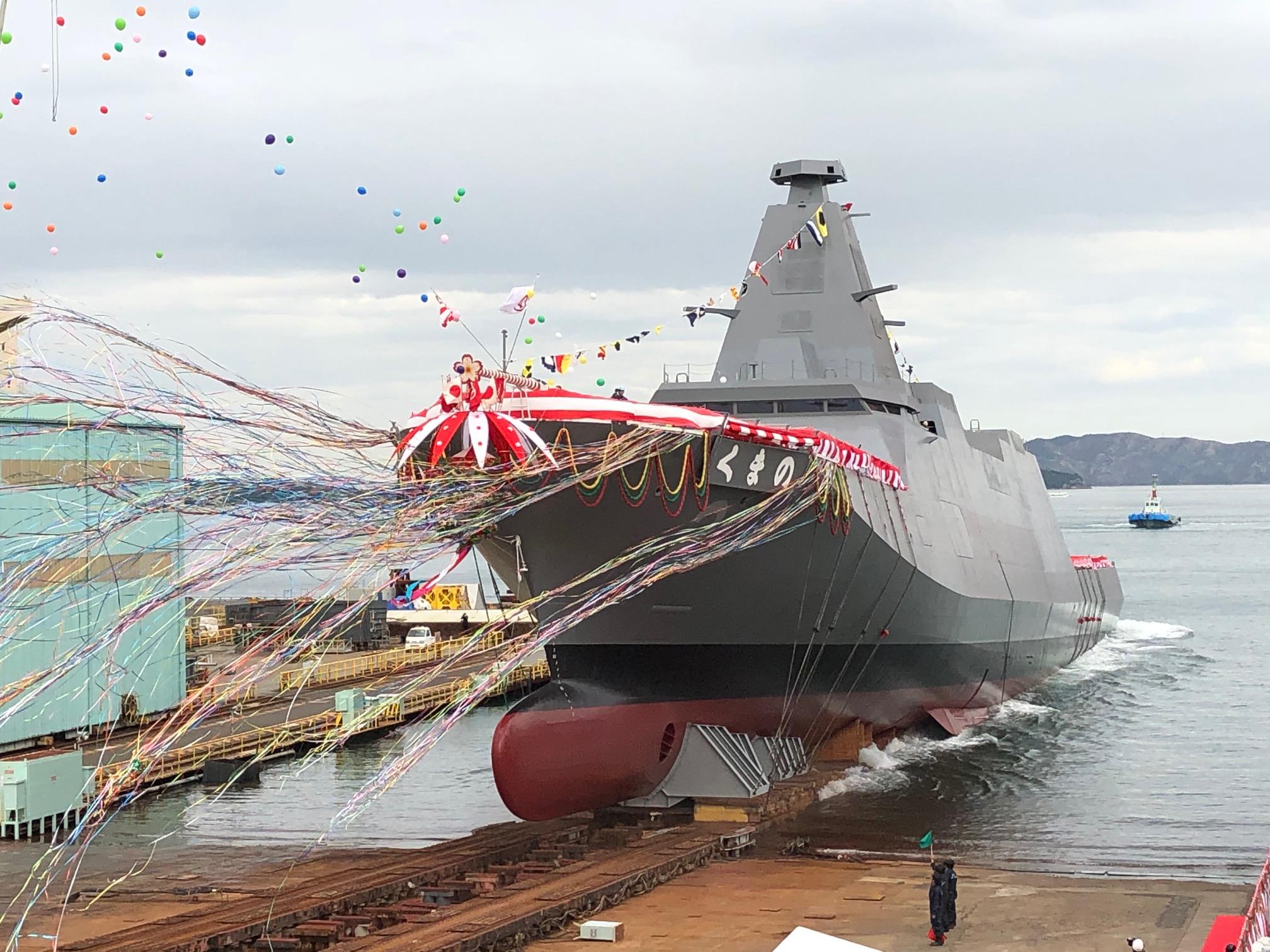 TOKYO: Japan has launched the first of a new class of compact multi-mission stealth frigates expected to be commissioned into the Japan Maritime Self-Defence Force (JMSDF) beginning 2022.

“The naming and launching ceremony for the frigate ‘KUMANO’ was held at Tamano Works, Mitsui E&S Shipbuilding Co Ltd. She combines compactness and manpower saving. We will make every effort to defend our country,” the JMSDF said Nov 19.

While the first to be launched, Kumano is the second ship in the class. The lead ship, which is being built by MHI, is yet to be named and launched.  Japan’s Acquisition Technology and Logistics Agency (ATLA) announced Mitsubishi Heavy Industries (MHI) as prime contractor and Mitsui as subcontractor for the 30DX (now designated as 30FFM) programme in 2017.

FFM displaces over 5,000 tons at full load and combines compactness with automation. The ships of the class are envisioned as frigate-sized vessels with destroyer capabilities. They are expected to replace the Asagiri- and Abukuma-class destroyers.

With the manpower savings concept, JMSDF hopes to address its personnel shortage issues. The vessels will be crewed by some 100 sailors, a notable reduction compared to conventional and Aegis destroyers in service.

Defence planning call for Japan plans to build up 22 vessels in the class vessel at a unit price of about ¥48 billion (approx. $461million). The frigates will be powered by Rolls-Royce MT30 gas turbines and MAN diesel engines, propelling to speeds in excess of 30 knots. Besides a main gun and remote weapon stations, the ships will be armed vertical launched anti-air and anti-ship missiles along with a Sea RAM missile system among others–shp/mgm (Photo: Mitsui E & S Shipbuilding)