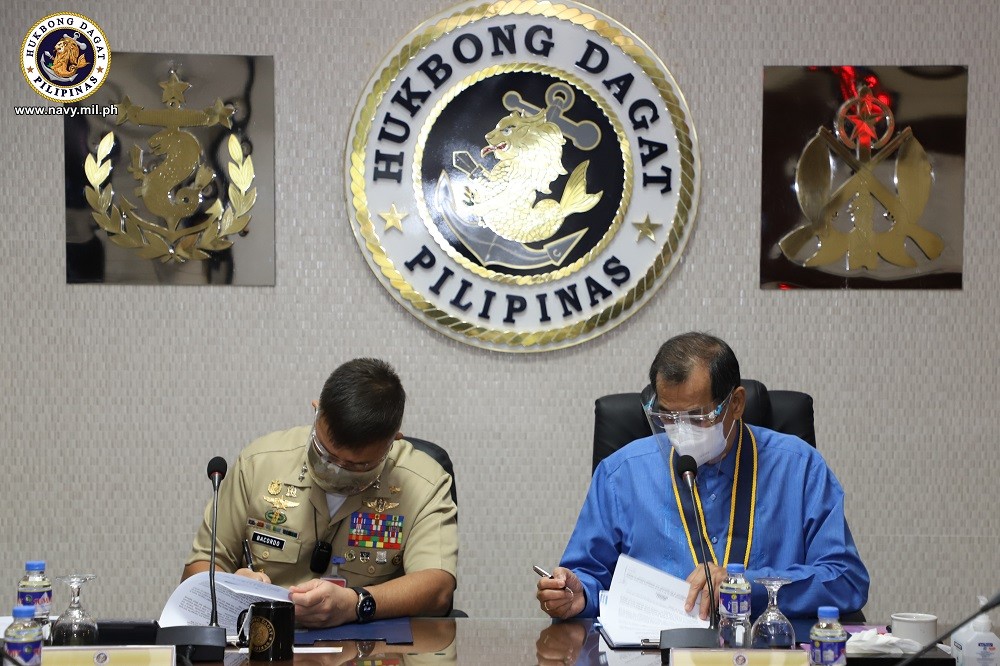 MANILA: The proposed establishment of a naval support facility and a naval air detachment in eastern Luzon gets green light after the Philippine Navy (PN) and the Aurora Pacific Economic Zone and Freeport (APECO) signed a Memorandum of Agreement at the PN headquarters here today.

APECO President and CEO Israel Maducdoc and PN flag officer in command, Vice Admiral Giovanni Carlo Bacordo, sealed the agreement as witnessed by other key officials from both parties. This will be eventually endorsed for the approval of the Secretary of National Defence, a PN statement said.

The MOA between the PN and APECO formalises the proposed Navy support facility and naval air detachment which will be built in the APECO-managed zone which comprises around twelve thousand hectares within the municipality of Casiguran, Aurora province.

Navy chief Bacordo in his remarks, described the MOA signing as a solidification of “strategic partnership between the Philippine Navy and the Aurora Pacific Economic Zone and Freeport; a collaboration that will allow the Navy to establish a foothold and significantly boost our long-term force projection to pursue the protection of the Philippines’ national maritime interests in the country’s northern frontier.”

“This Memorandum of Agreement achieves two significant meanings. First, it highlights the value of convergent interests. This cooperation between the military and another government agency, based on converging interests, leads to a fruitful partnership. Second, this MOA showcases the Navy’s, as well as the AFP’s efforts to improve its approaches in the performance of its mandate to protect the people and the State. And we are very grateful to APECO for being a partner in this endeavor,” added VAdm Bacordo.

The PN is mandated to conduct naval and maritime operations to secure the Philippine sovereignty and integrity of national territory from foreign and domestic threat including the strategic location of Casiguran, Aurora in the eastern part of Central Luzon region, facing the Philippine Sea which has been identified by the PN as one of the strategic areas covering the eastern border of the country.

On the other hand, APECO is the first and the leading green Economic Zone and Freeport Authority and a vital gateway to the Eastern Pacific Seaboard catalyzing the socio-economic development of Aurora Province which contributes to the progress of the whole nation, the Dec 7 statement said. –shp/mgm (Photo: Philippine Navy)