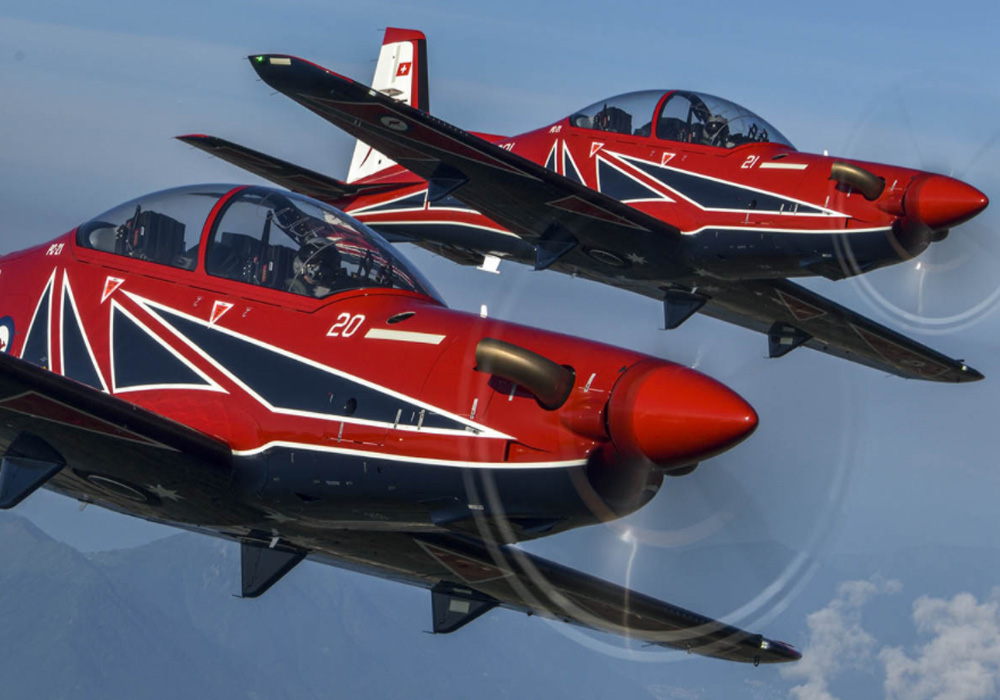 The Royal Australian Air Force (RAAF) marked recently 100 years since its foundation. In those one hundred years, the RAAF has grown from humble beginnings into a highly capable, world-class air force, supporting operations and personnel at home and around the globe. Pilatus is proud to be part of this long history.

Still to be formed, Pilatus was not part of the inauguration back in 1921. But for nearly forty of the past one hundred years, Pilatus has been a partner, helping to train aircrew for a variety of aircraft types and operational roles. Following the success of the PC-6 operated by the Australian Army, Pilatus delivered the first PC-9 trainer to the RAAF in 1987. Pilatus aircraft have been the RAAF’s turboprop trainer of choice ever since.

It is testament to an enduring relationship that, in 2012, when replacing the PC-9, the RAAF chose Pilatus once again. In 2019, after over thirty years of service, the PC-9 was withdrawn and replaced by a brand-new and highly innovative training system based on the PC-21.

Pilatus provides a turnkey training solution that will, in this era of joint operations, allow Australia to train aircrew from all services for the foreseeable future. The PC-21 training system, along with new state-of-the-art training facilities, allows the RAAF to develop young men and women not only for existing aircraft types, but also for the next generation of aircraft such as the F-35 and beyond. As the new platform of the world-renowned Roulettes aerobatic team, the PC-21 also plays a wider role in promoting Australian aviation and the armed services.

Proud to be part of the history

Canberra skies recently provided the backdrop for a mass flyover to showcase the history of Australia’s air force, all part of events to mark the 100th anniversary of the Royal Air Force.

Pedro Zwahlen, Ambassador of Switzerland to Australia, attended the official ceremony and said: “As the Swiss Ambassador in Australia, I am incredibly proud to see how Pilatus, a Swiss company, ranks among the world’s technological leaders. It’s absolutely fantastic that the Australian Roulettes fly Pilatus PC -21s as they represent Australia, but at the same time have Swiss origins at their core! After all, the Royal Australian Air Force is one of the most professional in the world. And the Royal Australian Air Force are joined by the Royal Flying Doctor Service of Australia which currently operates a fleet of over 35 PC-12s and four PC-24s – all Swiss made airplanes too!”

Pilatus Chairman Oscar J Schwenk added: “It is a point of great pride that the RAAF and the Commonwealth of Australia continue to trust Pilatus to help train aircrew for all three services. I and my Pilatus colleagues take this opportunity to congratulate the RAAF as well as its men and women, past and present, on the 100th anniversary of their Service.” Pilatus is very proud to be part of the history of the Royal Australian Air Force. We will continue to provide the Royal Australian Air Force with premium support and work to provide them with the world’s best training system – the Pilatus PC-21. –shp/adj/mgm (Photo: Pilatus)