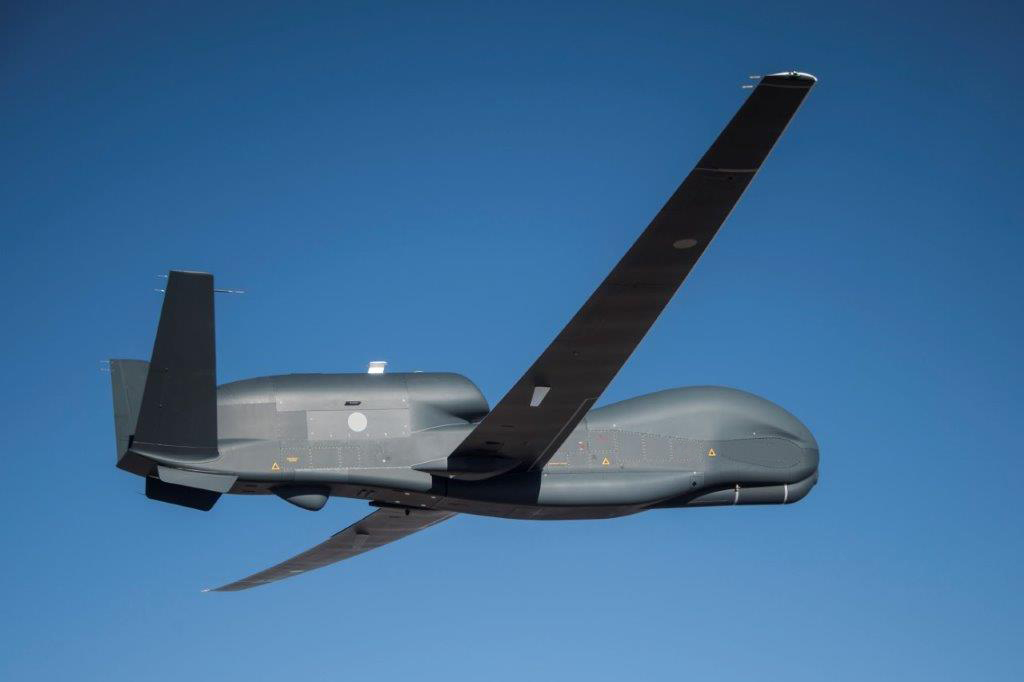 A Northrop Grumman RQ-4B Global Hawk unmanned aircraft lifted off for the first time on Thursday, April 15, 2021, from Palmdale, California, is the first batch of three that will be operated by the Japan Air Self-Defence Force (JASDF).

The drones will be deployed to the country’s northeast Misawa Air Base later this year according to a spokeswoman for Japan’s Defence Ministry said. The Global Hawk flies at 60,000 feet and has a line of sight to targets more than 340 miles away, according to Northrop Grumman. The company  did not provide details about the Japan-bound drone’s maiden flight but said in a statement that it was successful.

Northrop Grumman added that the unarmed and unmanned RQ-4B Global Hawk will provide Japan with on-demand intelligence, surveillance and reconnaissance information supporting the JASDF’s missions of protecting borders, monitoring threats and providing humanitarian assistance in times of need. It was reported that the successful first flight is a significant milestone in delivering Global Hawk to Japan.

In 2015, Japan had its request to acquire the Global Hawk under the Foreign Military Sales programme approved by the US State Department. The approval included the installation of the Enhanced Integrated Sensor Suite, which includes a synthetic aperture radar, infrared/electro-optical sensors and signals-intelligence equipment for each of the aircraft. Later in November 2018, Northrop-Grumman was awarded a $489.9 million contract covering three Global Hawks, two ground control systems and associated spares, equipment and other services. Deliveries of Japan’s Global Hawks are expected to be completed in 2023. -shp/adj/kf