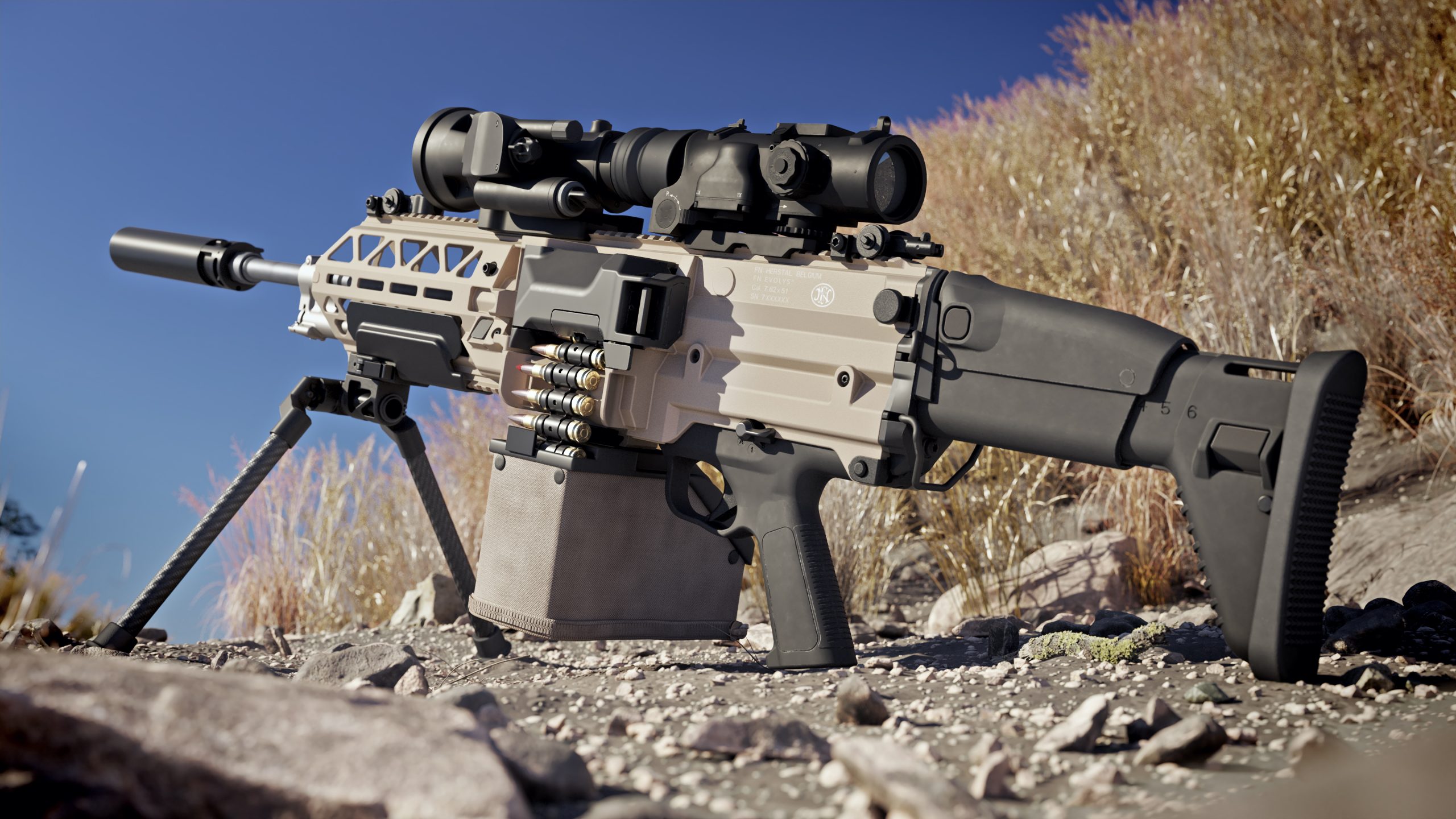 Belgium-based designer and manufacturer of small calibre weapons, associated weapon systems and ammunition, FN Herstal announced the entry of a brand-new machine gun with unique features, the FN EVOLYS. With this new addition to FN Herstal’s product portfolio, the company intends to write a new chapter in the history of machine guns.

The FN EVOLYS was introduced during a global digital product launch event. This product marks FN Herstal’s success in combining its universally recognised expertise in the field of machine gun design, development and manufacture; its innovative spirit and current unmet market requirements to bring life to a new machine gun.

The FN EVOLYS features an incredibly innovative and open architecture together with unique characteristics. The gun is a radically different, ultralight weapon that combines the firing capabilities of a belt-fed machine gun with ergonomics and balance similar to an assault rifle. This is exactly what is needed and expected by users for current and future operations. The FN EVOLYS has been developed in two calibres, 5.56x45mm NATO and 7.62x51mm NATO.

The FN EVOLYS, with a weight between 5.5 and 6.2kg, depending on the calibre, which is much lighter than current reference machine guns. This reduced weight enables the user to move across difficult terrain quickly and to engage with a high volume of fire when needed with no difficulty. Its reduced weight and excellent balance also mean that the weapon can be fired from any position. Transitioning from one firing position to another is made easy by the design of the sling attachment interface.

The FN EVOLYS ultralight machine gun fires like a machine gun, and handles like an assault rifle. The ambidextrous fire selector has a semi-auto position to engage point targets as with a rifle while the full auto position allows suppressive fire as with a machine gun. The buttstock is adjustable in length and height. Whatever his size, or the equipment he is wearing, the user can always find a comfortable shooting position.

The latest-generation materials and technologies used on the FN EVOLYS, combined with FN Herstal’s longstanding expertise and innovative spirit, ensure that the reduction of weight has not compromised the vital factors of reliability, user safety and long life of parts. The hydraulic buffer gives a steady rate of fire and reduces recoil. The weapon was designed from the start to fire intensively with a sound suppressor and therefore showed no reduction in performance when fitted with a suppressor, no excessive fouling, and no debris projected towards the user, even for left-handers.

Another big innovation in the FN EVOLYS is the patented lateral feed mechanism, which has allowed the design to include several major improvements requested by users: