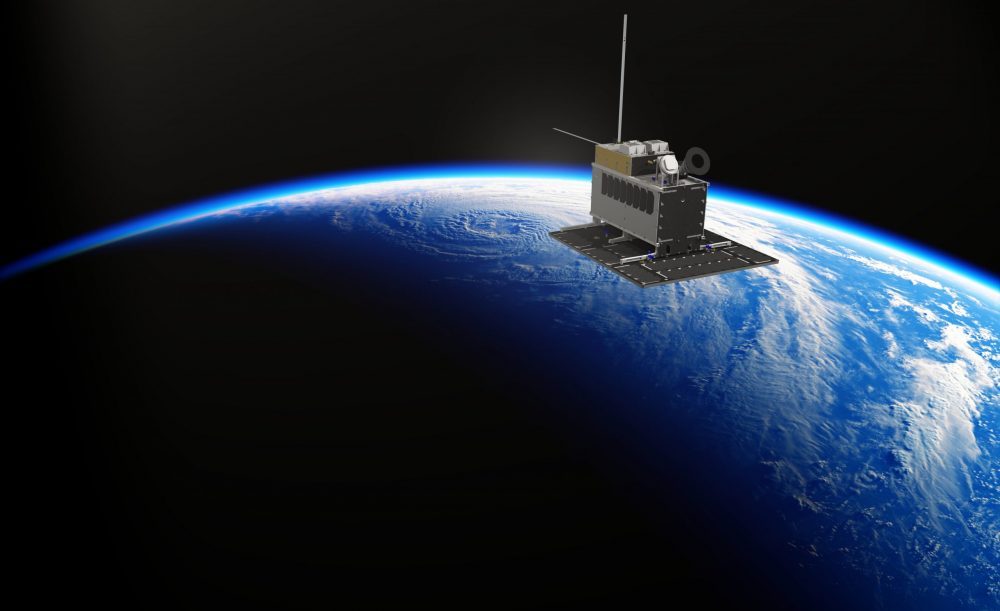 KONGSBERG technology is set to play a pivotal role in the working life of a recently-activated microsatellite. The Norwegian Space Agency’s new NorSat-3, launched on April 29, 2021 from Vega Flight VV 18 which took off from the European spaceport in Kourou, French Guyana, will be used by the Norwegian Coastal Administration for monitoring maritime traffic in Norway’s busy seaways. Its AIS and NRD (navigation radar detector) payload draws upon Kongsberg’s most advanced, future-proof developments in space-based vessel detection.

“The launch of NorSat-3 represents a significant step forward in terms of the quality and quantity of the data we can receive, evaluate and share with other government organisations,” says Arve Dimmen, director for navigation technology and maritime services, Norwegian Coastal Administration. “The benefits for safer, better-informed sailing in Norwegian waters, both now and in the future, are obvious, and it’s to Kongsberg’s credit that the company’s technology should be so central to realising our aims.”

NorSat-3 will take its place 605km above the Earth in a polar LEO (Low Earth Orbit) constellation alongside four other microsatellites. These have already been in service for years and have all exceeded their working life expectancy, but are nevertheless still operating efficiently. The new 16.5kg satellite has been designed to provide next-level functionality, so it has been equipped with Kongsberg’s ASR x50 SAT-AIS receiver as its primary payload – the sophisticated fourth-generation outcome of a developmental AIS (Automatic Identification System) timeline which stretches back over two decades.

The ASR x50 sets a new standard for sensitivity in space-based SAT-AIS receivers, with its ability to detect even AIS Class B vessels. Extremely reliable and offering built-in redundancy, it deploys next-generation de-collision algorithms for optimal vessel detection in areas with a medium or high density of ship traffic. Its miniature, best-in-class EEE (Electrical, Electronic and Electromechanical) components have been selected for their radiation-tolerant design principles and their low power usage.

In addition, its substantial onboard data storage is matched with multi-antenna support, a superior dynamic range and reconfigurable, in-orbit SDR (Software-Defined Radio) technology, ensuring compatibility with forthcoming algorithm enhancements or amendments to AIS/VDES standards. As a part of Kongsberg’s new eXtended lifetime product series, the ASR x50 is designed for a service life in Low Earth Orbit of more than seven years.

The new microsatellite’s secondary payload consists of an experimental NRD (Navigation Radar Detector) antenna and receiver, supplied by the Norwegian Defence Research Establishment (FFI) and developed in collaboration with Kongsberg, the French space agency CNES and the German electronics company ILFA. This cutting-edge equipment can detect and locate signals transmitted by civilian navigation radar systems, which will give the Norwegian Coastal Administration a more complete situational image by including vessels which are not sending AIS signals, for reasons ranging from errors and malfunctions to transponders being switched off.