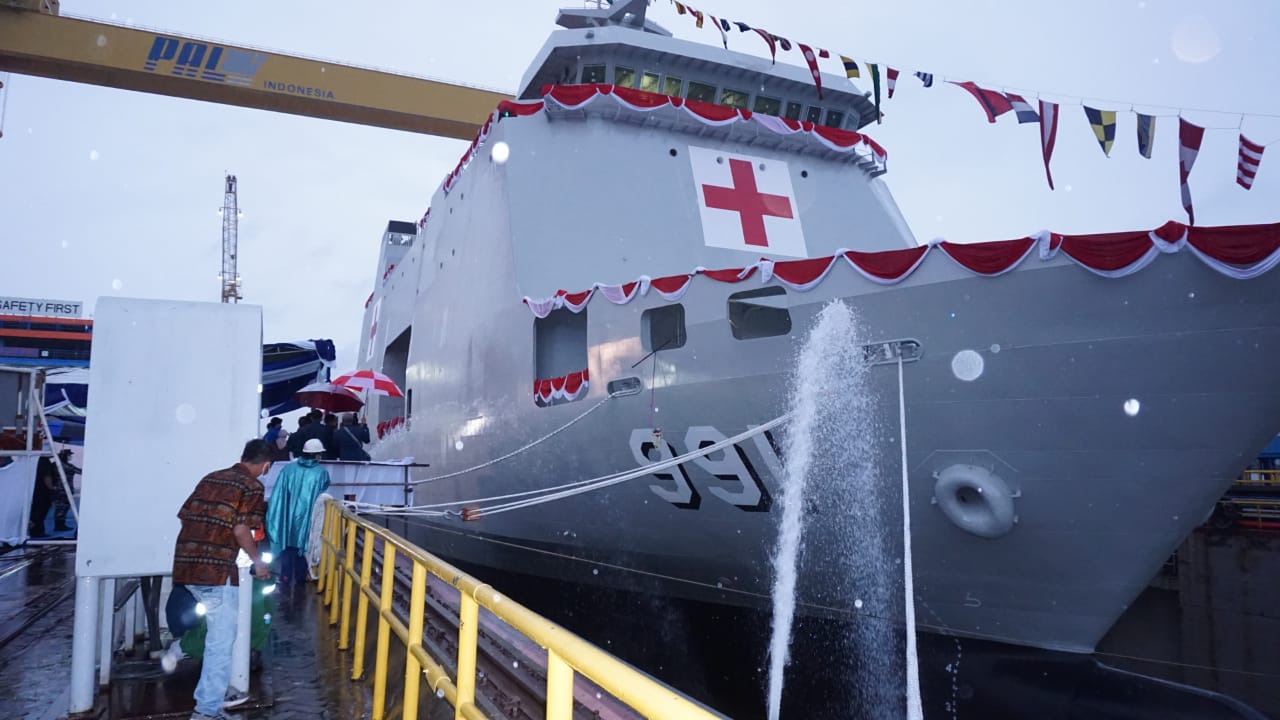 Indonesian Navy (TNI-AL) will soon receive a naval surveillance radar for its hospital auxiliary vessel (BRS). The radar delivery is planned for June 2021. This is following a previous contract signed in 2019 to supply a similar radar for the BRS Wahidin Soedirohusodo, delivered in January 2021.

The radar being supplied is SCANTER 6002, built by Danish firm, Terma.

Hospital ships are vessels designed to act as floating medical treatment facilities for humanitarian missions or for use in war zones. The Indonesian Navy’s BRS was built in Surabaya by the Indonesian state-owned shipyard PT PAL is 124-m long, 21.8-m wide, and able to host more than 600 people including crew, troops, and patients.

It has a maximum speed of 18 knots, cruising speed of 14 knots and economic speed of 12 knots. The ship has an endurance of up to 30 days at sea with a range of 10,000 nautical miles.

With 120 crew and 66 medical personnel, this ship is capable of carrying out operational missions equivalent to a type C hospital. This capability is supported by outpatient polyclinic emergency room, operating room, inpatient room, and radiology unit. Mobility for carrying out medical evacuation missions is also supported by the ability to transport medical helicopters, ambulance boats and LCVPs

The BRS can accommodate medical personnel to carry-out operational missions equivalent to those of a regular hospital. The BRS will be fitted with polyclinic facilities, emergency rooms, a radiology unit, and more.

Indonesia being prone to natural disasters such as earthquakes, volcanic eruptions, and tsunamis, assets such as the hospital auxiliary vessels (hospital ship) are paramount to promptly ensure rescue and evacuation missions when needed. For this specific capability, each Hospital Ship is equipped with two helicopter landing spots, ensuring that the personnel, as well as the patients, can be readily and safely moved to and from the vessel. –shp/adj/aaa (Photo: PT PAL)