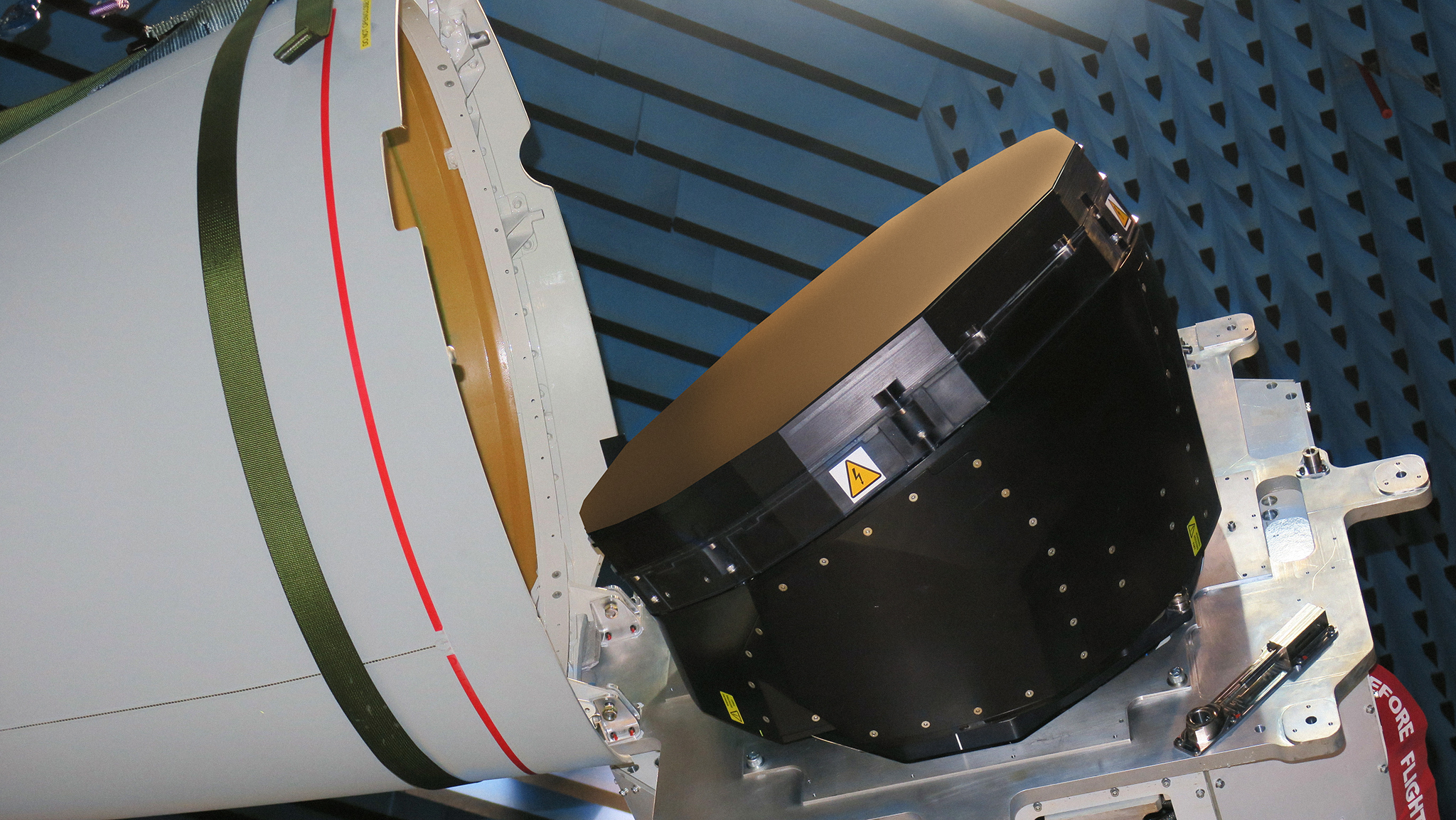 Italy has joined the UK’s development of the new European Common Radar System Mark 2 (ECRS Mk2) radar for the Eurofighter Typhoon. The first stage of collaboration, to take place this Autumn, will see a team of engineers from Leonardo’s Nerviano, Milan-based radar site join the Mk2 development team at Leonardo’s Edinburgh site.

The move represents the first step towards Italy’s full participation in the ECRS Mk2 programme. This formation of what is known as the “Industrial Joint Team” (IJT) follows the approval of a “Statement of Principles” (SoP) document by the UK and Italian Ministries of Defence, said Leonardo in a statement today.

The ECRS Mk2 radar, currently being designed and built by Leonardo for integration onto the Eurofighter Typhoon aircraft by BAE Systems, will be at the cutting edge of advanced fighter radar technologies. It features a multi-functional array (MFA) that will give Typhoon a world-leading reprogrammable electronic warfare capability, including wide band electronic attack, in addition to traditional radar functions. This means that it can find and then blind an adversary’s radar, increasing the Eurofighter Typhoon’s lethality and survivability, and the survivability of other systems.

RAF Chief of the Air Staff, Air Chief Marshal Sir Mike Wigston said: “Last September, the Ministry of Defence announced our continued investment in the final design stages of the ECRS Mk2 programme; in addition, the Integrated Review committed to the full integration of this world-leading capability onto Typhoon. I am delighted that Italian colleagues will now join Leonardo’s Edinburgh and Luton teams, bringing together our collective skills to deliver this essential capability at pace, both to benefit Typhoon and to underpin the technology growth into the Future Combat Air System.”

RAF Chief of Staff (Capability), Air Vice-Marshal Linc Taylor said: “The ECRS Mk2 programme will deliver a world-class radar and electronic warfare capability for the Royal Air Force’s Typhoon fleet. Its development remains on schedule for integration onto Typhoon as part of the Phase 4 Enhancement, ensuring that the backbone of our Combat Air capability remains at the cutting-edge of technology, capability, and survivability.

ECRS Mk2 was designed from the outset to be reprogrammable and exportable, providing operating nations strategic sovereignty of their system and its associated mission data via an open and adaptable architecture.”

The focus of the team of Italian engineers will be to contribute towards the successful development of the ECRS Mk2, while at the same time acquiring system design capabilities that will ensure that the Italian MOD has sovereign control over the new radar system at every stage of its operational life. One of the key tenets of the Eurofighter Typhoon programme is that its mission data is open and reprogrammable by national operators, ensuring complete sovereign control of the combat air system.

Specifically, in regards its offer of the Eurofighter Typhoon to Finland, the UK has extended an invitation to join the ECRS Mk2 radar programme, which would include embedding Finnish industry and military personnel within the ECRS Mk2 development team. The country would therefore enjoy capability alignment with the Royal Air Force in a partnership that would deliver both military and industrial benefits.

The ECRS Mk2 programme continues to progress at pace and on schedule with initial system hardware being delivered to BAE System Warton in 2022 for aircraft integration and flight trials. –leo/adj.aaa (Photo: Leonardo)