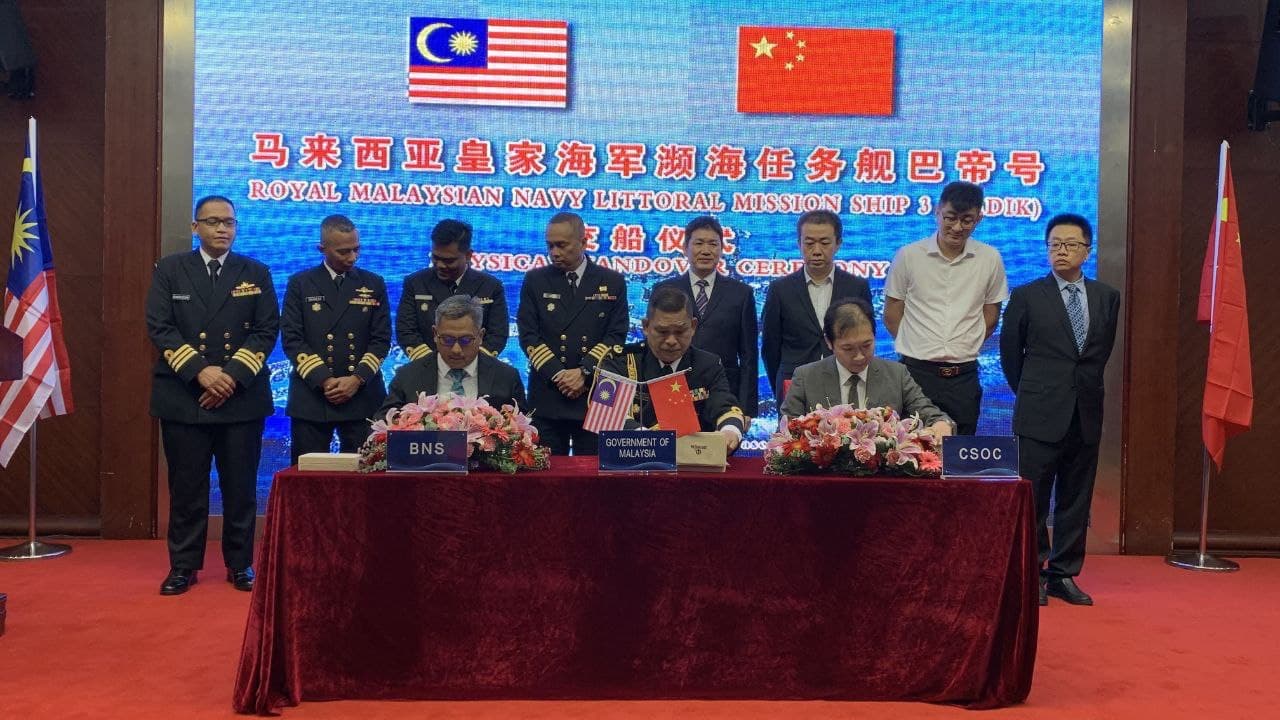 “The construction of the third LMS began on Sept 18, 2019 and it was launched on the surface of Wuhan waters on Oct 28 last year by the Royal Malaysian Navy (RMN) LMS project team.

“The LMS passed all tests during the docking phase and at sea,” the navy said in a statement on Tuesday,” said Royal Malaysian Navy in a statement.

The construction of the third LMS began on Sept 18, 2019 and it was launched on the surface of Wuhan waters on Oct 28 last year by the Royal Malaysian Navy (RMN) LMS project team.

LMS is among five classes of ships listed in the RMN’s 15-5 Armada Transformation Programme.

LMS in RMN service is known as the Keris-class vessels. The first of class, was delivered to the Navy in December 2019 and commissioned into service in Jan 2020. The second vessel, KD Sundang in Jan 14, and commissioned two months later. Malaysia is expected to receive the fourth ship this November.

The Keris-class vessels are 69m in length and displacement of 700 tons. A total of 18 ships are planned for the Royal Malaysian Navy.

The contract to acquire four LMS was signed between the Defence Ministry and Boustead Naval Shipyard on March 23, 2017, with the cooperation of China Shipbuilding & Offshore International Co Ltd (CSOC). Though originally planned that two vessels would be built in Malaysia, and another two in China, the LMS programme was revised in early 2019 to reduce the procurement costs and shorten the delivery process. Through this new contract all four ships will be built by China.

In September last year, Royal Malaysia Navy planned that the next batch of the LMS will be of a  new design. Several companies are reported to be bidding for the tender; from Damen Naval Shipyard right up to Fassmer, and several local shipbuilders. –shp/aaa/mgm (Photo: RMN)