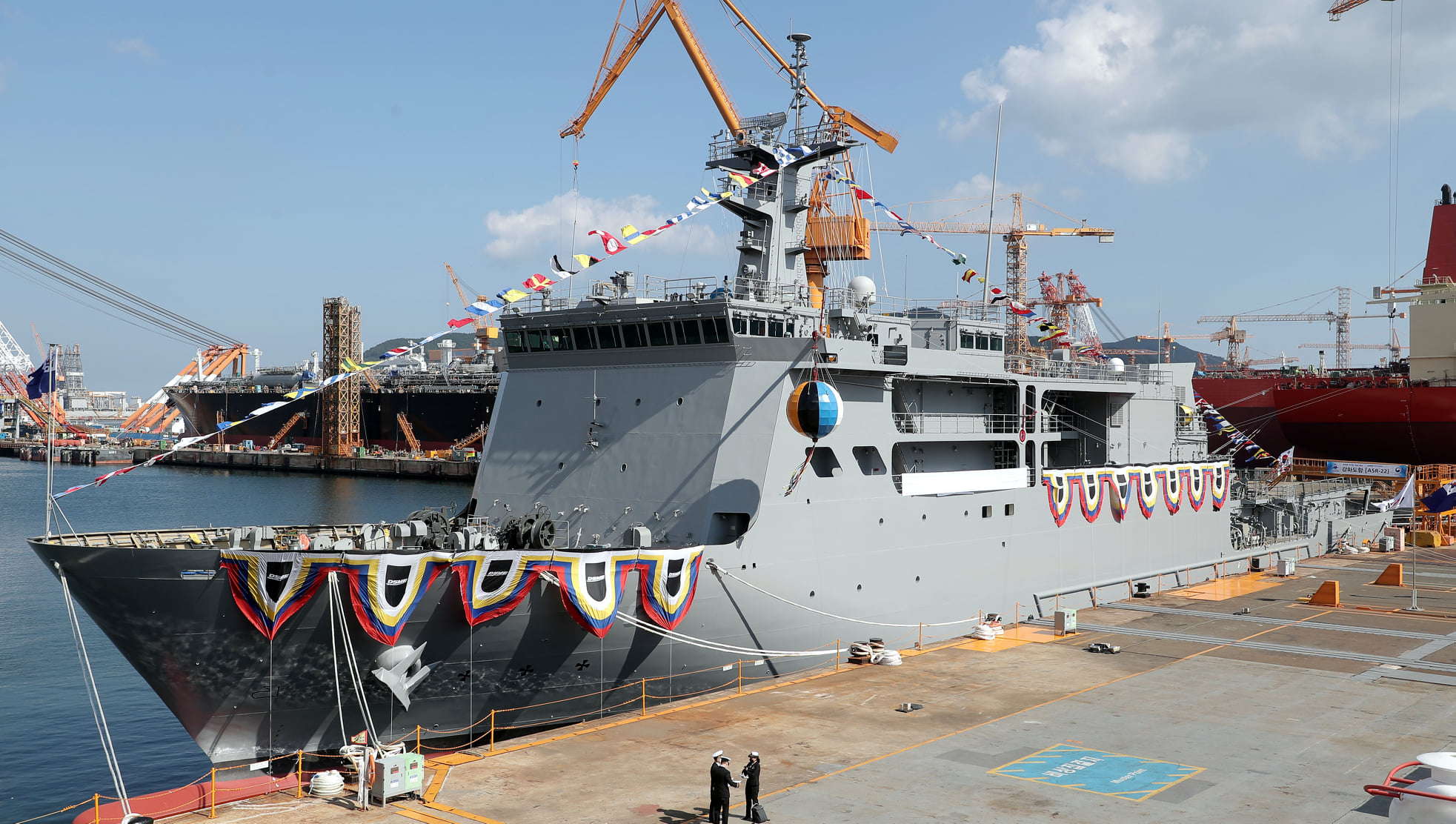 Built by Daewoo Shipbuilding & Marine Engineering (DSME) under the ASR-II programme, the 5,600-ton rescue vessel will be commissioned in 2023 following sea trials. ROKS Gangwhado is much larger and better equipped than its predecessor ROKS Cheonghaejin, with displacement of 3,200 tons and length of 102m. ROKS Cheonghaejin has been in service since 1996 as  ROKN’s only submarine rescue ship. The first ASR has limitations in certain rescue operations such as deep sea rescue.

The 120-metre long RoKS Ganghwado was named after a strategic island located in the mouth of the Han River. In 2017, DSME successfully developed the basic design for a next-generation submarine rescue vessel. South Korea’s Defence Acquisition Programme Administration ( (DAPA) awarded the company a $400 million contract for the construction of the ship.

ROKS Gangwhado is equipped with deep submergence rescue vehicle, remotely operated underwater vehicle), hull-mounted sonar, and dry deck shelter to aid in most major rescue operation. The ASR-II also feature a mid-size helicopter deck and could reach speeds of up to 20kt, will have a “centre well” or moon pool through which a deep-sea rescue vessel will be deployed to rescue the crews of distressed submarines at depths of up to 500m amid towering waves as tall as 4m. The “centre well” will also allow for broader submarine support operations in addition to underwater exploration, according to DAPA.

According to the RoK Navy, it is prudent to have a next-generation submarine rescue vessels as the service has commissioned nine KSS-II-class submarines as well as building a new class of large submarine, the KSS-III with more on the way. Lesson learned from the recent tragic sinking of the Indonesian submarine KRI Nanggala  serves as a good reminder of the inherent danger of submarine operations and the necessity procurement of this type of rescue ship.