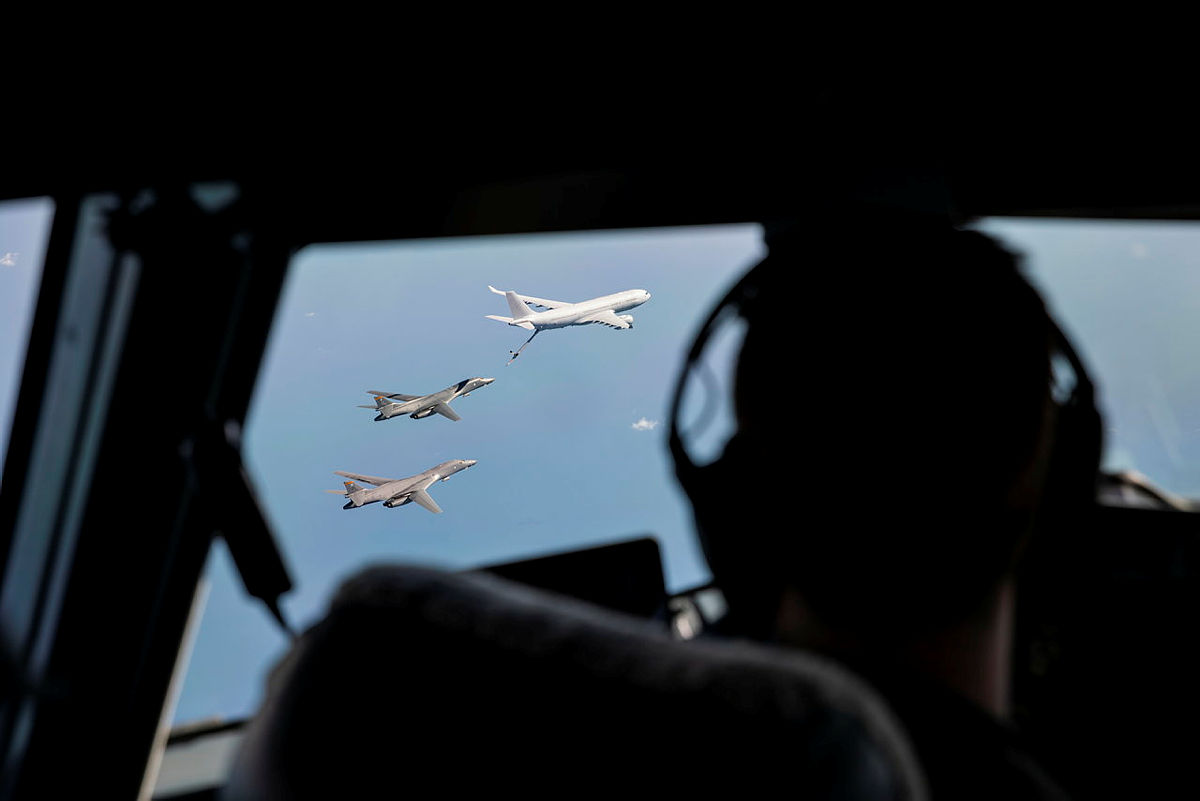 Their mission included training with RAAF aviators flying P-8A Poseidon and KC-30A Multi Role Tanker Transport (MRTT). “This is important to maintaining the bombers’ global reach capability and builds on the AUSMIN 2021 commitment to continue enhancing military cooperation and interoperability between our two nations,” the Australian Department of Defence said today.

The flying visit coincided with the 10 year anniversary of the first US Force Posture Initiatives (USFPI) in Australia, including the Marine Rotational Force Darwin (MRF-D) and Enhanced Air Cooperation, and 70 years of the ANZUS Treaty, the statement said.

The activity built on the AUSMIN 2021 commitment to continue enhancing military cooperation and interoperability between our two nations. The B-1 Lancer is a USAF conventional bomber, considered the backbone of the United States long-range bomber force. The first B-1 Lancer visit to Australia was in 1995, with the most recent visit occurring for Exercise Loobeye 2020 in the Northern Territory.