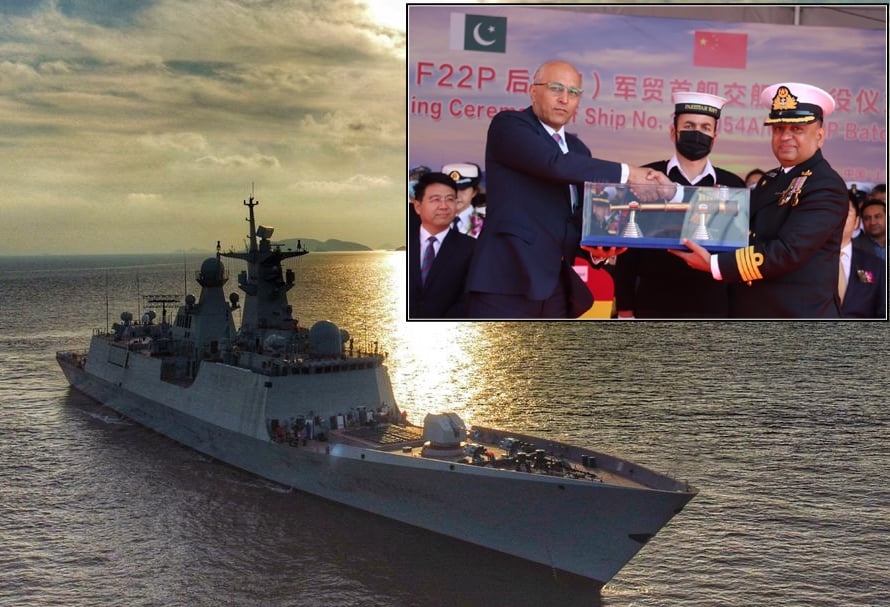 Speaking at the occasion, Ambassador Moin underline that commissioning of PNS Tughril ushers a new chapter in Pakistan – China friendship that has matured through the tests of times and remained steadfast in all domains.

He added that in the context of overall security paradigm of the region, Tughril-class frigates will strengthen Pakistan Navy’s capabilities to respond to maritime challenges to ensure seaward defence, maintain peace, stability and balance of power in the Indian Ocean Region.

The Ambassador also praised the concerted efforts made by CSSC, CSTC, China Ship Development and Design Centre (CSDDC), HZ Shipyard and the PLA-N for the landmark achievement by timely delivery of the well-equipped frigate despite the global health concern.

The Vice Party Secretary and Director of the Board, CSSC Du Gang also applauded the timely construction of PNS Tughril, while emphasising that commissioning of the ship is a major milestone and a testimony of Pakistan-China long–lived friendship.

PNS Tughril is first of four Type 054 frigates being constructed for the Pakistan Navy. The ship is a technologically advanced and highly capable platform with enormous surface-to-surface, surface-to-air and underwater fire power besides extensive surveillance potentials.

The ship holds the capability to simultaneously execute a number of naval warfare missions in a highly intense multi-threat environment. PNS Tughril is equipped with state-of-the-art combat management and electronic warfare system, along with modern self-defence capabilities.—shp/adj/aaa (PHOTO: Pakistan Navy)