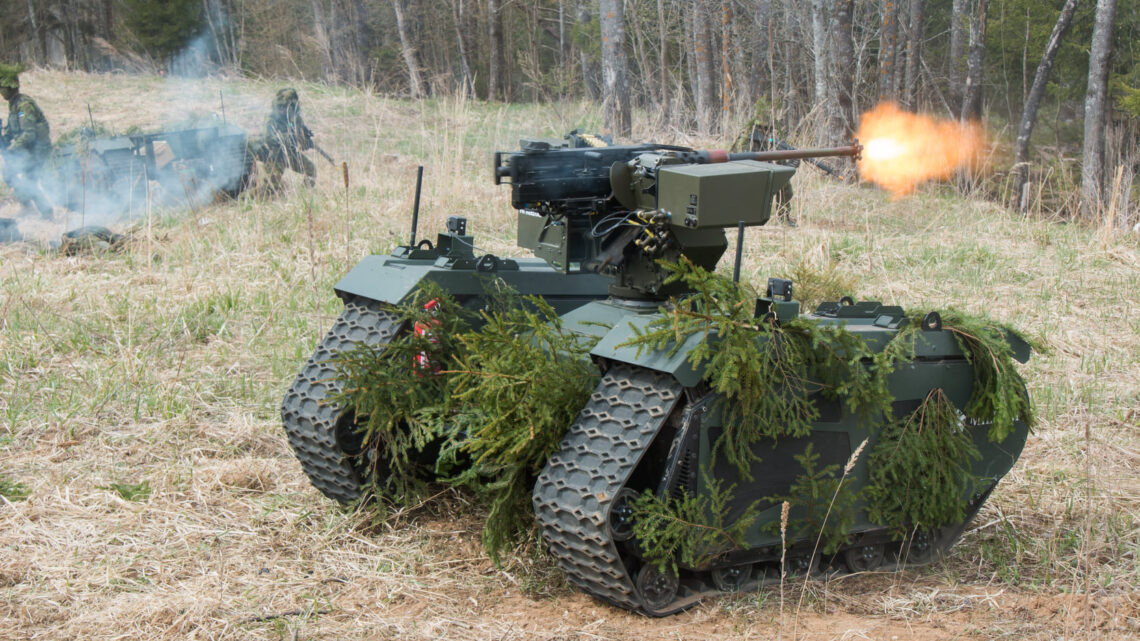 The European leading robotics and autonomous systems provider Milrem Robotics opened its office in the Netherlands and made its first step towards creating a Central European Robotics Centre.

Simultaneously the company introduced its upgraded THeMIS unmanned ground vehicle (UGV) at Best, near Eindhoven. One of the reasons the city was chosen as the location for Milrem Robotics’ Dutch office is to be closer to one of the company’s key customers – the Royal Dutch Army – and other relevant markets.

“The main reason, however, is our goal to establish a Central European Robotics Centre where R&D, simulations, training, system integration and technical support are under one roof and where end-users can visit, but more importantly come to acquire knowledge for their own Robotics and Autonomous Systems development,” explained Kuldar Väärsi, CEO of Milrem Robotics.

“Our office is situated in the middle of the Brainport Eindhoven technology region and is well connected by a large European Airport, and by a broad road network to access the rest of Europe. This allows us to efficiently provide training and coaching to officers and NCOs in tactical basic operations with unmanned systems,” said Julien den Ouden, Managing Director of Milrem Robotics Netherlands.

“We will offer the “Milrem experience” in a comprehensive package where the UGV is integrated with various other third-party systems,” den Ouden added.

At the opening ceremony, Milrem Robotics also introduced their upgraded THeMIS UGV that was specifically designed to accommodate all hardware, software and the flawless operation of MIFIK – Milrem’ Intelligent Functions Integration Kit.

Milrem Robotics Netherlands is the company’s fifth office in Europe. The company has two offices in Estonia, one in Sweden and one in Finland.

Aside from Europe, Milrem Robotics is also investing in the Asia market. Earlier in June 2021, Australia’s XTEK has signed two agreements with Milrem Robotics in Europe and Athena Artificial Intelligence in Australia.

The Australian homeland security specialist also received its first THeMIS UGV in April 2021. The UGV will be used for trial, evaluation and demonstration purposes. Including Australia, the THeMIS UGV has been acquired by 11 countries, of which seven are NATO members, including Estonia, France, Germany, the Netherlands, Norway, the UK and the US. –shp/kf/aaa (PHOTO:  Milrem Robotics)