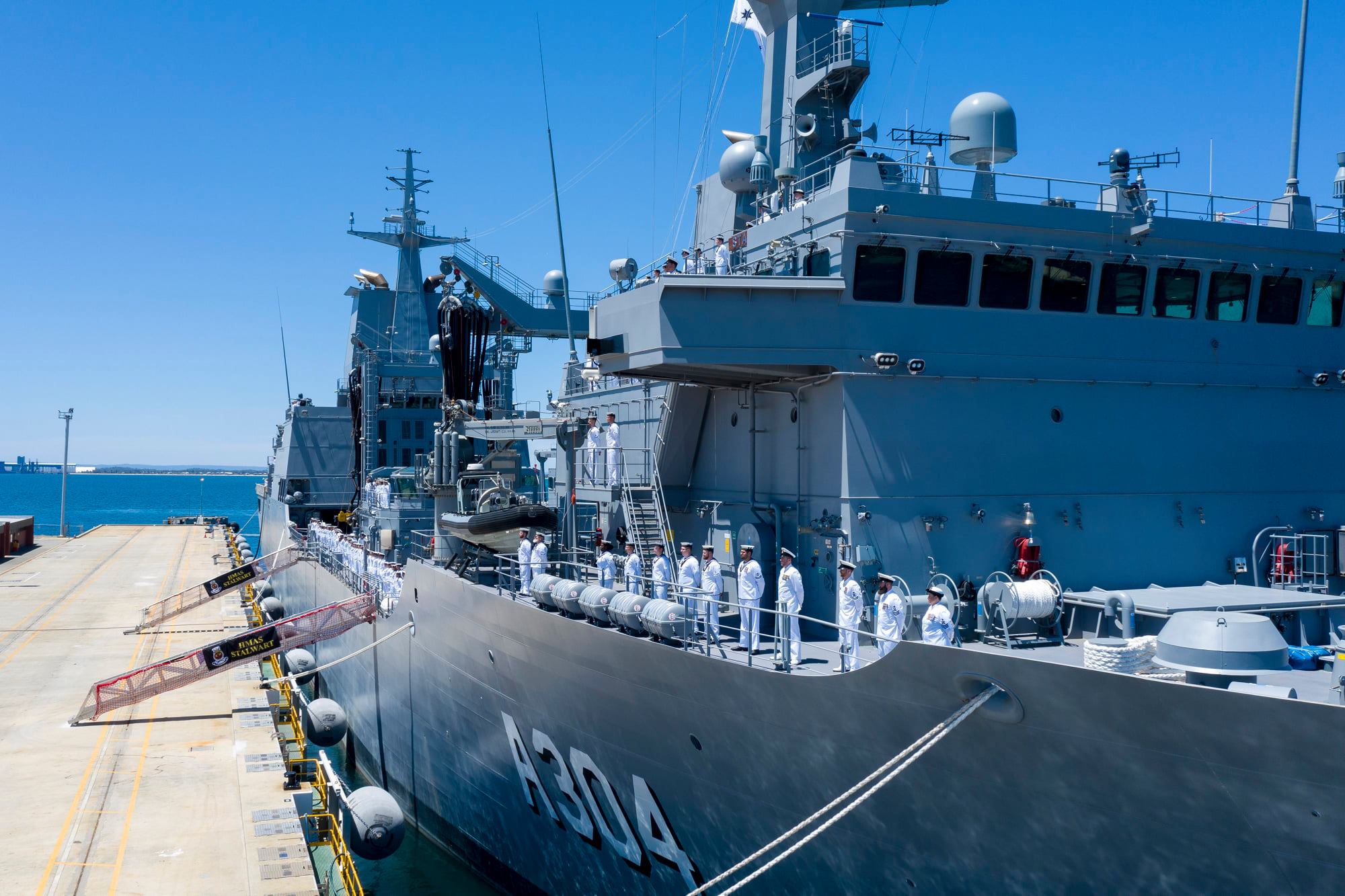 SYDNEY: The newest vessel in the Royal Australian Navy (RAN) Fleet was commissioned at Fleet Base West, Western Australia.

HMAS Stalwart is the second of two Supply-class Auxiliary Oiler Replenishment (AOR) ships purchased for the RAN, and will enable extended deployment of Australian Defence Force (ADF) personnel to the Asia-Pacific region.

The Supply-class marks a generational shift from the capability provided by previous support ships. They will sustain the ADF with fuel, water, food, ammunition, and a variety of cargo for extended periods, said an Australian Department of Defence statement.

“The new replenishment ships will strengthen operational support to Navy combat units at sea and increase the ADF’s ability to support operations in the region,” Minister Dutton said.

“The AORs are equipped with a combat management system that improves information-sharing with other ADF and Allied assets, allowing them to integrate more fully in a Task Group in support of missions.”

“Australian industry played a key role in the development of these vessels, with 4501 tonnes of Australian steel plate, manufactured by Blue Scope, incorporated in the construction of Stalwart.

“Australian industry will continue to play an important part in the ships’ longevity with through-life sustainment of both ships projected to be at least AUD$875 million ($641 million).

HMAS Stalwart will operate out of Fleet Base West in Western Australia, while her sister ship, HMAS Supply, is based at Fleet Base East, New South Wales.

HMAS Stalwart was built by Spanish shipbuilder Navantia. The vessel, like its sister ship HMAS Supply was based on Spanish Cantabria-class and were built at Ferrol shipyard.—shp/adj/aaa (PHOTO: Royal Australian Navy)