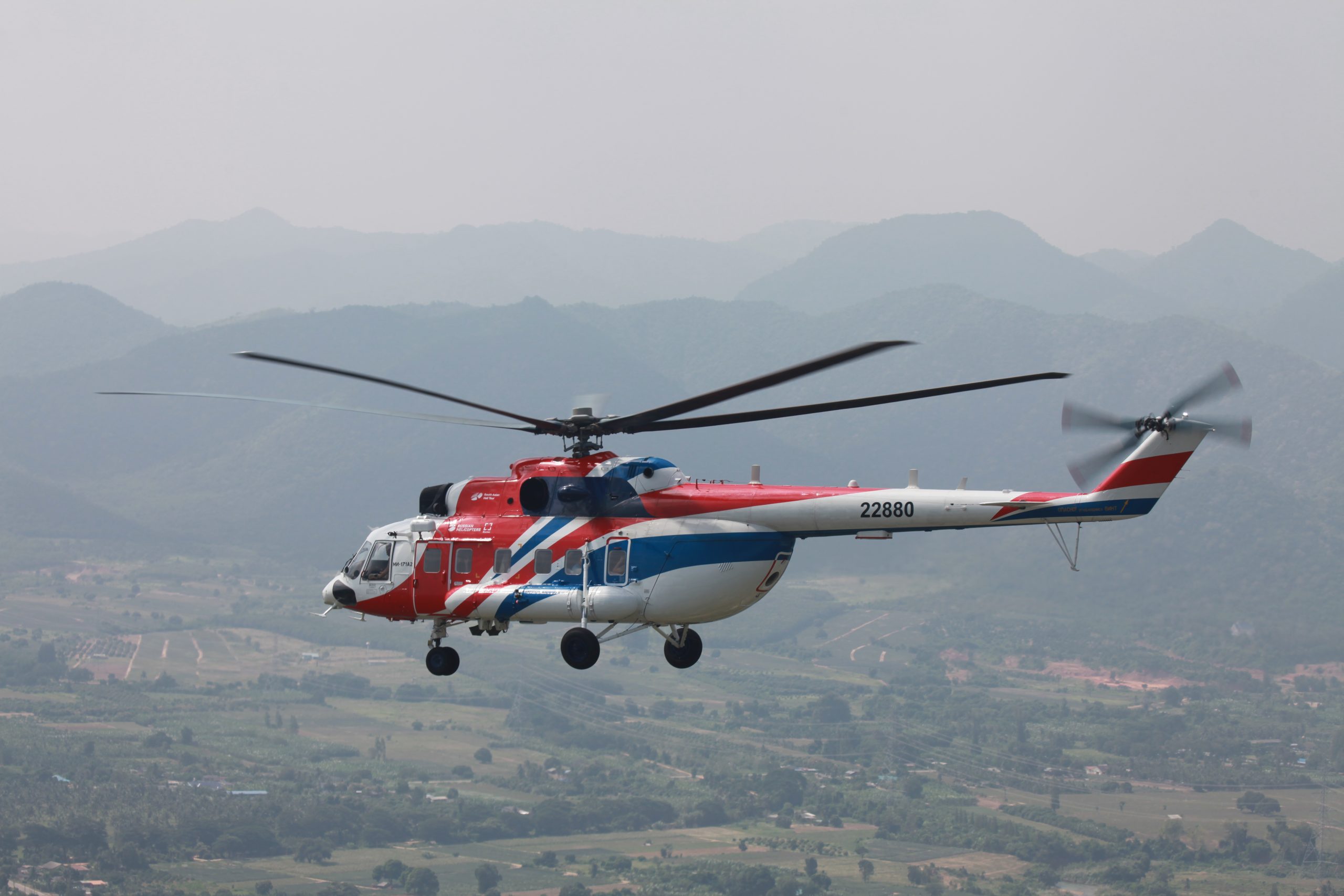 Under the terms and conditions of the contract, the two rotrcraft are to be delivered to the customer in the first quarter of 2023, said Russian Helicopters’ statement today.

“The contract we signed is the logical outcome of our sustained efforts to promote our civil helicopters abroad. We view it as a key result of the demo tour of Southeast Asia we took our helicopters at the end of 2018, which featured the Mi-171A2. What’s especially great is that this contract was signed at the end of an eventful week that our holding spent at the Dubai Airshow-2021, where we also presented the Mi-171A2. Delivery of new helicopters to the customer has been scheduled for Q1 2023,” said Director General of Russian Helicopters Holding Company, Andrey Boginsky.

In 2018, a Mi-171A2 helicopter was taken on a demo tour around Southeast Asia, during which its capabilities were showcased to experts and prospective customers. The helicopter was also presented at the recent Dubai Airshow 2021, during which a contract was signed for the delivery of two Mi-171A2 to Peru.

2017 saw the certification of the Mi-171A2 in Russia as a category A helicopter, meaning that it meets the strictest flight safety requirements that civilian helicopters must comply with. Kazakhstan and India were the first foreign customers to start using Mi-171A2. The helicopter type certificate was also validated by the aviation authorities in Columbia and South Korea. Countries that plan to validate the Mi-171A2 certificate include China, Brazil, Mexico, Peru, UAE and others.

The Mi-171A2 combines all the best qualities of the world-famous Mi-8/17 helicopters. It is equipped with digitally controlled VK-2500PS-03 engines. The increased power rating of the engines and the upgraded piloting, navigation and radio equipment have expanded the possible uses for the helicopter.

They give the Mi-171A2 completely new capabilities in terms of operation in high mountains as well as hot climates. The more efficient X-shaped tail rotor, a new main rotor with composite blades as well as improved aerodynamics of the body mean the Mi-171A2 has 10% greater cruising and maximum speed than the Mi-8/17 and 25% greater load carrying capacity (up to 4 tons of cargo inside the cockpit or up to 5 tons externally). –shp/adj/aaa (PHOTO: Russian Helicopters)