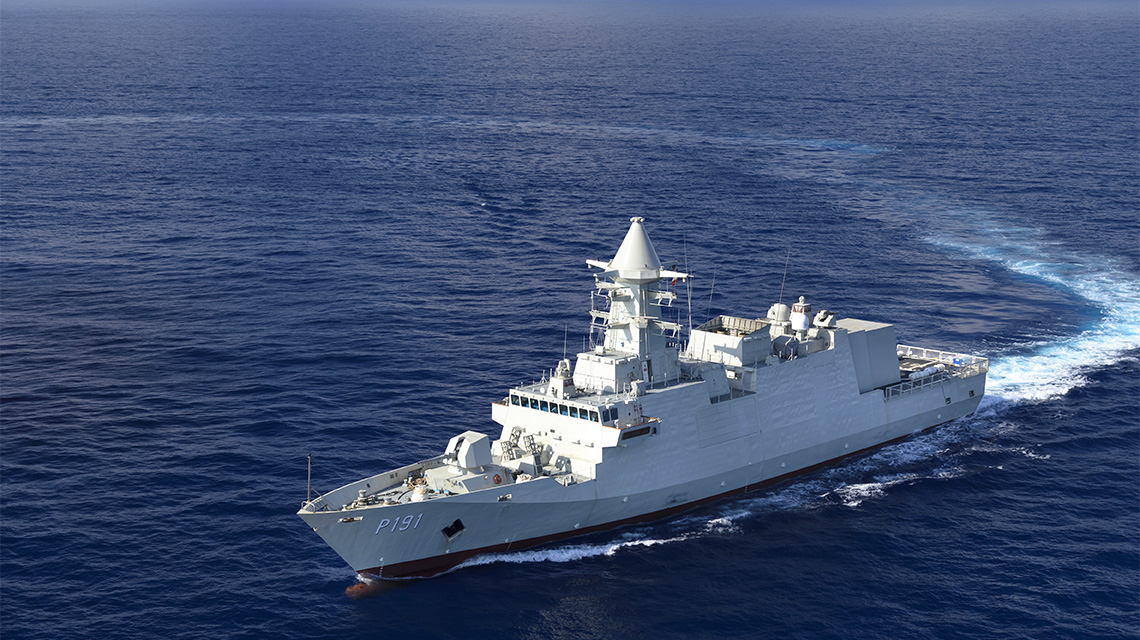 Fincantieri, Naval Group, with their joint-venture Naviris, and Navantia boosted their cooperation for the Modular Multirole Patrol Corvette (MMPC) programme and reaffirm their will to work together in order to develop the first common naval capability in Europe.

Towards this end, a consortium led by Fincantieri, Naval Group and Navantia and coordinated by Naviris submitted Dec 9 an industrial proposal related to the MMPC call of the European Defence Fund (EDF).

Their common assessment is that the European Union is increasingly facing many types of threats (increased tensions between great powers, illegal immigration issues, terrorism, etc.). Over the last years, and more specifically during 2021, there have been growing calls for Europeans to take responsibility for their own security both within NATO and as part of the European common security and defence policy.

Several European Union member states have repeatedly underlined the need to develop common military capabilities to face common challenges. In this respect, Fincantieri, Naval Group and Navantia acknowledge that there is a need for collaboration in the European Union(EU)  naval defence sector to support Europe in dealing with these challenges and the ones to come.

“As major European industrial players in the naval defence sector, they believe that this is the right time to start a real, concrete, added-value collaboration around a common program that will be the first common naval capability in Europe. This strategic program already exists: the European Patrol Corvette (EPC), the most important naval initiative within the Permanent Structured Cooperation (PESCO),” a joint statement said Dec 13

The consortium led by the three industrial naval partners and coordinated by Naviris submitted the industrial proposal related to the MMPC call of the European Defence Fund (EDF) in order to develop this joint project. The clear objective of the proposal is to maximise synergies and collaboration among European shipbuilding industrials.

By developing together a new ship, the EPC, they aim to ensure a European sovereignty in the second rank warship programme. The statement said this has been made possible thanks to the participation of: · 4 countries in EPC PESCO project (Italy, France, Spain and Greece) · 6 countries involved in the co-founding (Italy, France, Spain, Greece, Denmark and Norway) · 3 European Shipbuilding Industrials (Fincantieri, Naval Group and Navantia) with Naviris in charge of the coordination · 40 companies for maritime systems and equipment

Based on a unified frame of standards and using collaborative advanced engineering methodologies, EPC will be developed in the best cooperative way from conceptual studies up to the initial design. The produced design will constitute a break-through from current warships, as it will be modular, flexible, as well as more energy-efficient, greener, safer, more interoperable, and cyber-secure.

MMPC will finally be characterised to address specific national requirements, keeping the defined design as the common reference. This proposal constitutes the first essential step towards preparing the future production of the vessel in the scope of a second call under EDF in the multi-annual perspective.

In this context, the promotion of the programme to other European Navies, with a joint action of Nations already part of PESCO program, will strengthen the European industry, increasing cooperation, efficiency and lowering duplication in defence spending.