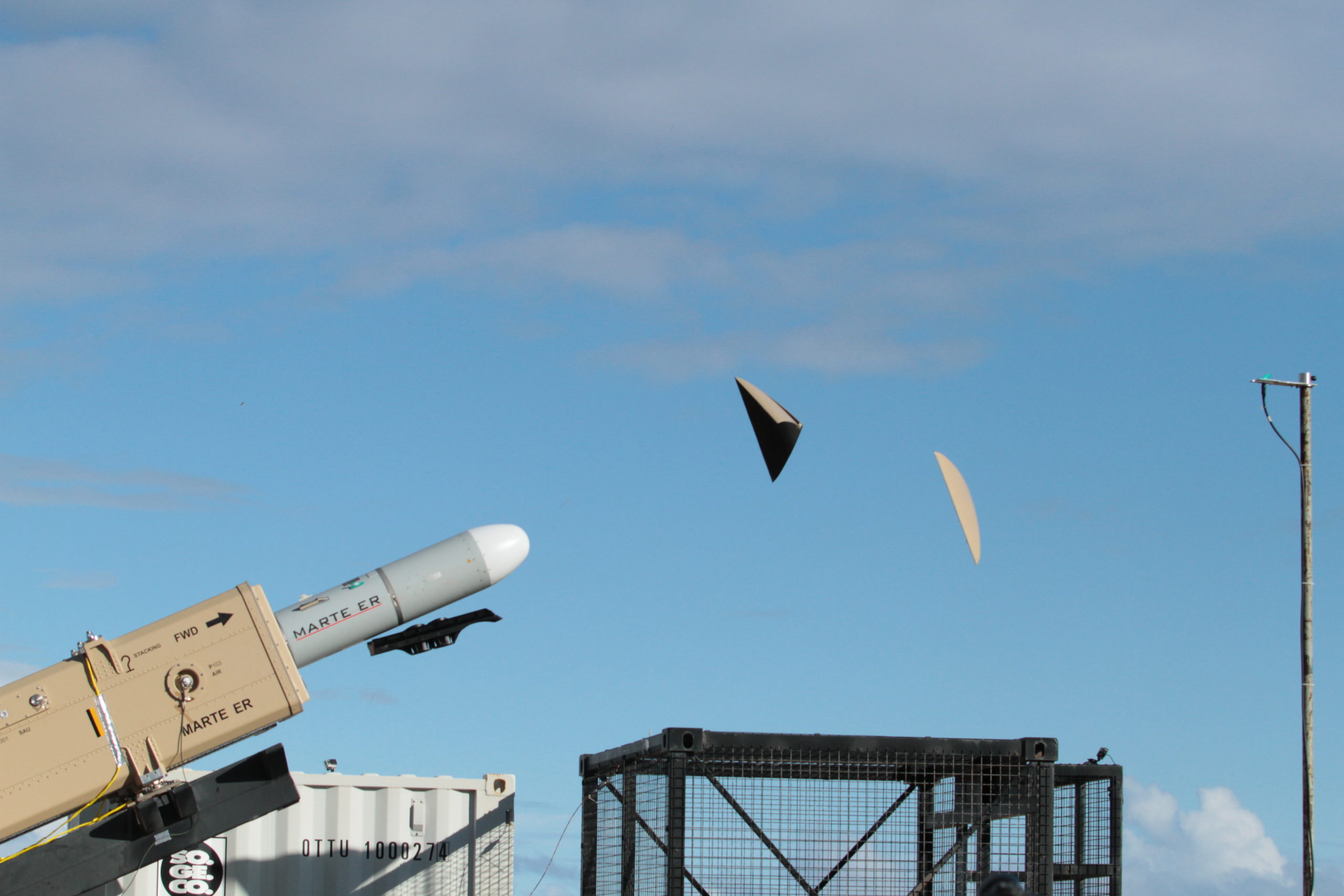 Carried out at an Italian test range in Sardinia, the firing was a key milestone in the validation process of Marte ER. It provided extra confidence in the performance level and reliability of this new missile.

A telemetric production standard missile with all functional capabilities and production hardware embedded was used. The only exception was the use of an inert warhead instead of a live one. The ground based launching system used was also in its final hardware and software configuration.

Using its mission planning software, the missile carried out a long-range sea skimming flight. It made three main turns and a pop-up / dive manoeuvre during the last turn. A straight segment then followed up to the RF seeker activation point. Target identification, selection and tracking was extremely fast and proportional guidance started soon after, the Dec 14 company statement said.

During its terminal phase, the missile successfully performed its anti-Close-in Weapon Systems manoeuvre, hitting the target just above the water line at high transonic speed. This confirmed the outstanding effectiveness of Marte ER’s terminal guidance with its new solid state RF Seeker.

The firing carried out at the end of November also showed Marte ER’s turbojet engine behaviour was excellent for both “in flight start time” and thrust level.

This firing was the last one in the development path of Marte ER, which will enter into operation early next year.

On the successful launch of the Marte ER, Lorenzo Mariani, Executive Group Sales & Business Development Director of MBDA and Managing Director of MBDA Italia, said:“We are proud of this result achieved by our Marte ER, which allows us to offer the market a technologically advanced version of a medium range anti-ship missile, ready to equip NH 90 helicopters already in use by many navies around the world. With this success, the Marte ER has also proved to be an adequate ammunition to equip medium range coastal batteries.” –adj/na/mgm (Photo: MBDA)