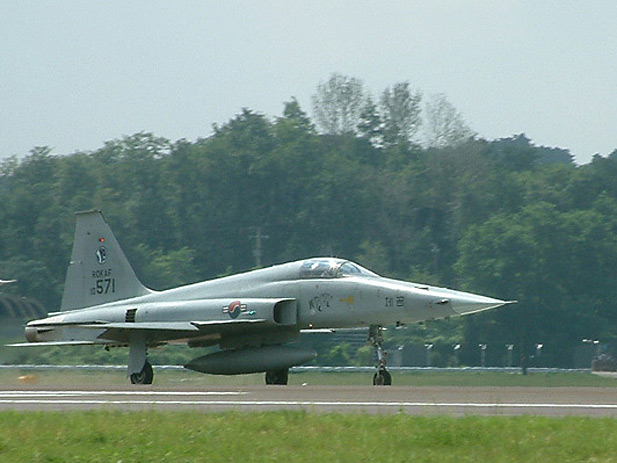 The aircraft crashed into a mountain in Hwaseong, some 40 kilometers south of Seoul, at 1:46 pm minutes after taking off from an air force base in the nearby city of Suwon, they said.

“An engine fire warning light turned on for the plane’s left and right sides after the takeoff at a Suwon base at 1:44 pm, and the plane shortly nosedived,” the RoK Air Force said in a statement.

The pilot with the rank of captain tried to eject but failed, it added. Other reports said that the pilot tried ejecting twice. A task force to investigate the cause of the crash has been set up.

South Korea has operated around 200 Northrop F-5s of different variants since the 1970s with most of the fighters –the KF-5E Jegong-Ho (Air Superiority) variant — assembled locally. Most of the type, the F-5E Tiger II, are out of service or soon to be so after reaching a full life cycle of service, a Yonhap agency report said.

The last crash involving the same type was in 2013 when the jet crashed into a mountainous area in central South Korea during a training flight.