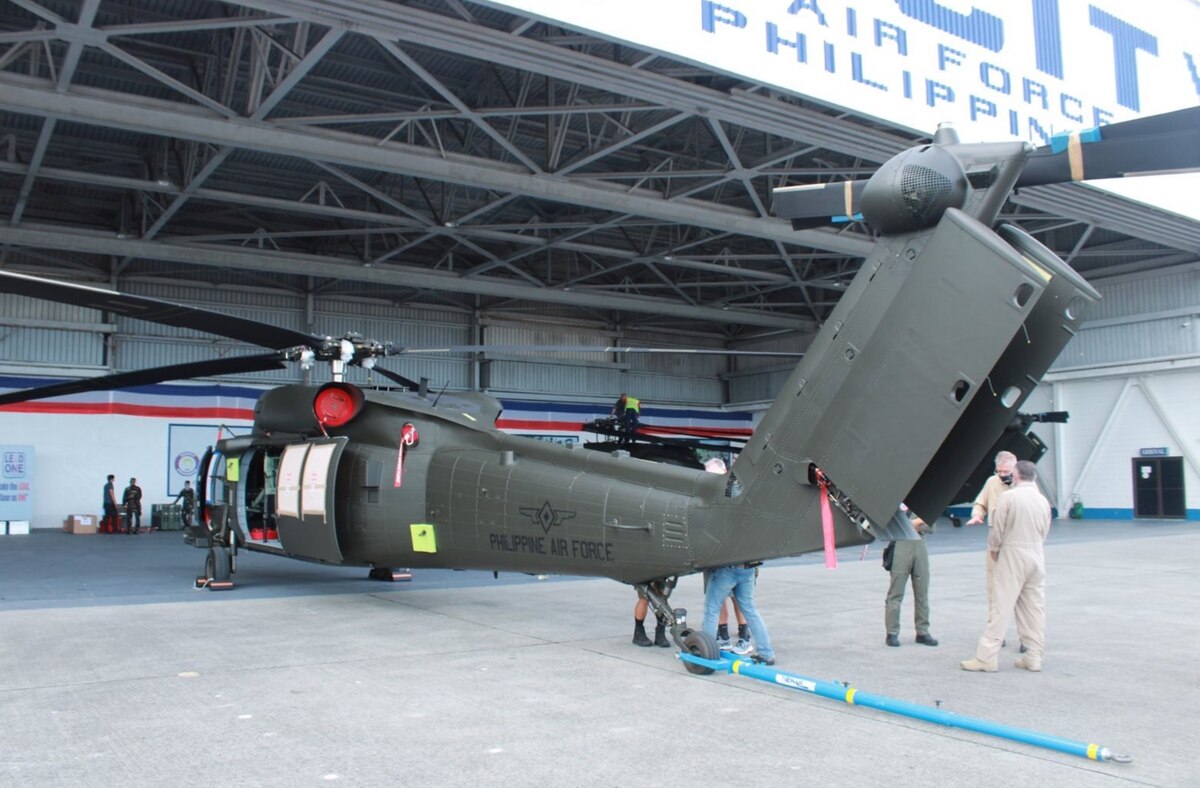 MANILA: The Philippines has announced that it will buy 32 S-70i Black Hawk helicopters from Poland-based Sikorsky Aircraft subsidiary PZL Mielec to beef up its existing fleet of the type, the Southeast Asian country’s department of defence said.

Defence Secretary Delfin Lorenzana said a notice of award was issued Dec 28 for the purchase of brand new helicopters under a programme that comes with logistics support and training package for pilots and maintenance crew at a cost of 32 billion pesos ($624 million).

The contract was now being drafted, with the delivery of the first five units expected in 2023, he said on Facebook. The remaining ones will be delivered in three batches, 10 units in 2024, 10 units in 2025, and 7 units in 2026, he added. He said the move is aimed at strengthening its disaster response capabilities.

“The lack of transport aircraft and helicopters have never been more acute during the pandemic and in the aftermath of Typhoon (Rai),” Lorenzana said. This, he added, was exacerbated by the air force’s ageing Huey helicopter fleet that have become uneconomical to maintain.

Five new Sikorsky 70i BlackHawk helicopters were welcomed into the air force on Dec 3, completing the delivery of 16 units. “These five new helicopters will further improve the lift capability of the PAF to support various operations of the Armed Forces of the Philippines (AFP),” Defence Secretary Lorenzana said.

The PAF has an order of 16 S-70i helicopters from Polish company PZL Mielec worth USD241 million (about PHP11.5 billion). One unit from the initial six units delivered in the country crashed June 24 last year in Tarlac province while on a night-flying exercise.

The new helicopters have been used in combat missions, humanitarian assistance and disaster response, and help in the government’s efforts against the COVID-19 pandemic. The S-70i can fly at a maximum cruise speed of 277km/h and has a maximum range of 459km with no reserve. The AEO (All Engines Operating) service ceiling of the helicopter is 13,200ft.  Elsewhere in the region, the Royal Brunei Air Force operates 12 S-70i Black Hawks while other Southeast Asian countries operate earlier variants of the helicopter type made by Sikorsky. –adj/shp/mgm (Image: PAF/DND)