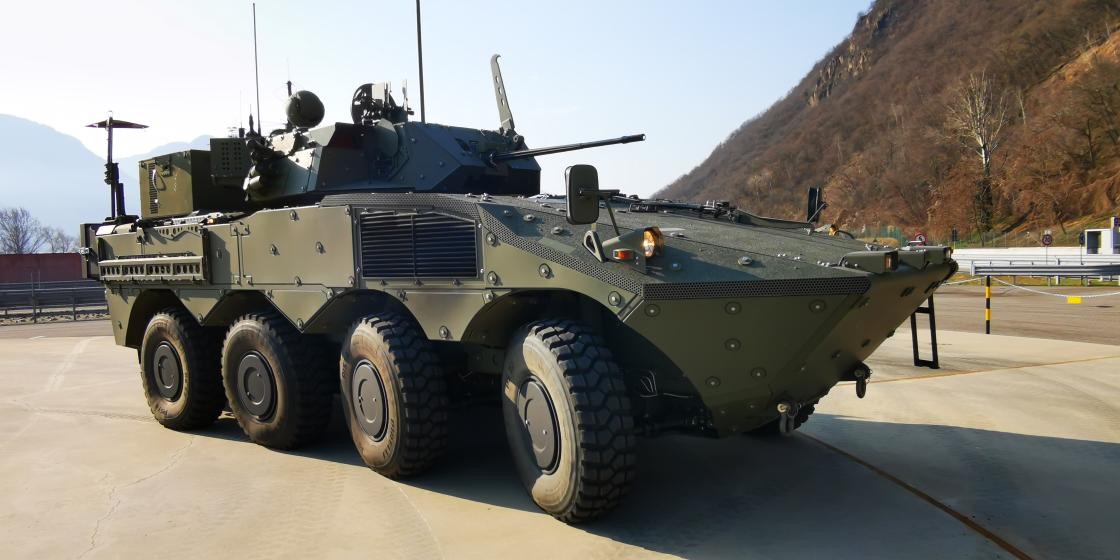 The Iveco – Oto Melara Consortium (CIO) on Jan 17 announced the signing of a contract to supply 14 Mortar Carrier VBMs, 26 Command Post VBMs (13 in Tactical Unit and 13 in Command Unit version), along with six “10×10” rescue and recovery vehicles.

Signed on 30 December 2021, at the Secretary of Defence (Segredifesa) Land Armaments Directorate, the contract comes as part of the ongoing supply (“Phase 2”) of Medium Armoured Vehicles to the Italian Army’s Second Medium Brigade, and includes an upgrade to “PLUS” version for the VBM platform, as well as long-term integrated logistics support for all platforms purchased.

The VBM Combat “PLUS” version will see changes to both the vehicle and the turret, the consortium said in a statement. Changes to the vehicle include upgrading to common rail technology for the engine, taking it from 550 HP to 660 HP ready for a future hybrid-electric traction system, and upgrades to the driveline, increasing growth potential by up to 15% compared to current levels.

The new VBM Plus distinguishes itself by increased mobility, lethality and integrated C4I, allowing the Italian Army to face the challenges of the coming years with a truly state-of-the-art vehicle, integrated into the net-centric architecture of the digital battlefield. The vehicle will also be equipped with Galileo PRS technology developed in Italy as part of the European Union secure satellite navigation system. In specific terms this means the VBM will be equipped with a newly developed satellite receiver, the first of its kind capable of receiving secure satellite navigation services from both the US GPS and European Galileo PRS systems.

In conclusion, the Iveco Defence Vehicles Recovery and Rescue platforms feature all-wheel drive over 5 axles, with three steering axles, FPT Industrial’s 680 HP Cursor 16 engine and a new-design cabin offering the highest crew protection standards. These vehicles can lift and move loads of up to 25 t from a stable platform and recover vehicles broken down, damaged or overturned with overall weight up to 32 t.

The Iveco – Oto Melara Consortium, CIO for short, was established in 1985 on an equal participation basis between Iveco Defence Vehicles and former Oto Melara, now Leonardo. Within the Consortium, Iveco Defence Vehicles, an Iveco Group company, provides for the engines, transmission and all the automotive components, as well as the hull and final assembly, while Leonardo handles the weapon systems, sight, command and control communication systems, as well as the hull and final assembly of tracked armoured vehicles. Both companies have consolidated experience in the field of protection against direct fire, mines and IEDs. – adj/shp/mgm (Image: via Leornado/ Iveco-Oto Melara VBM Command Post Unit)