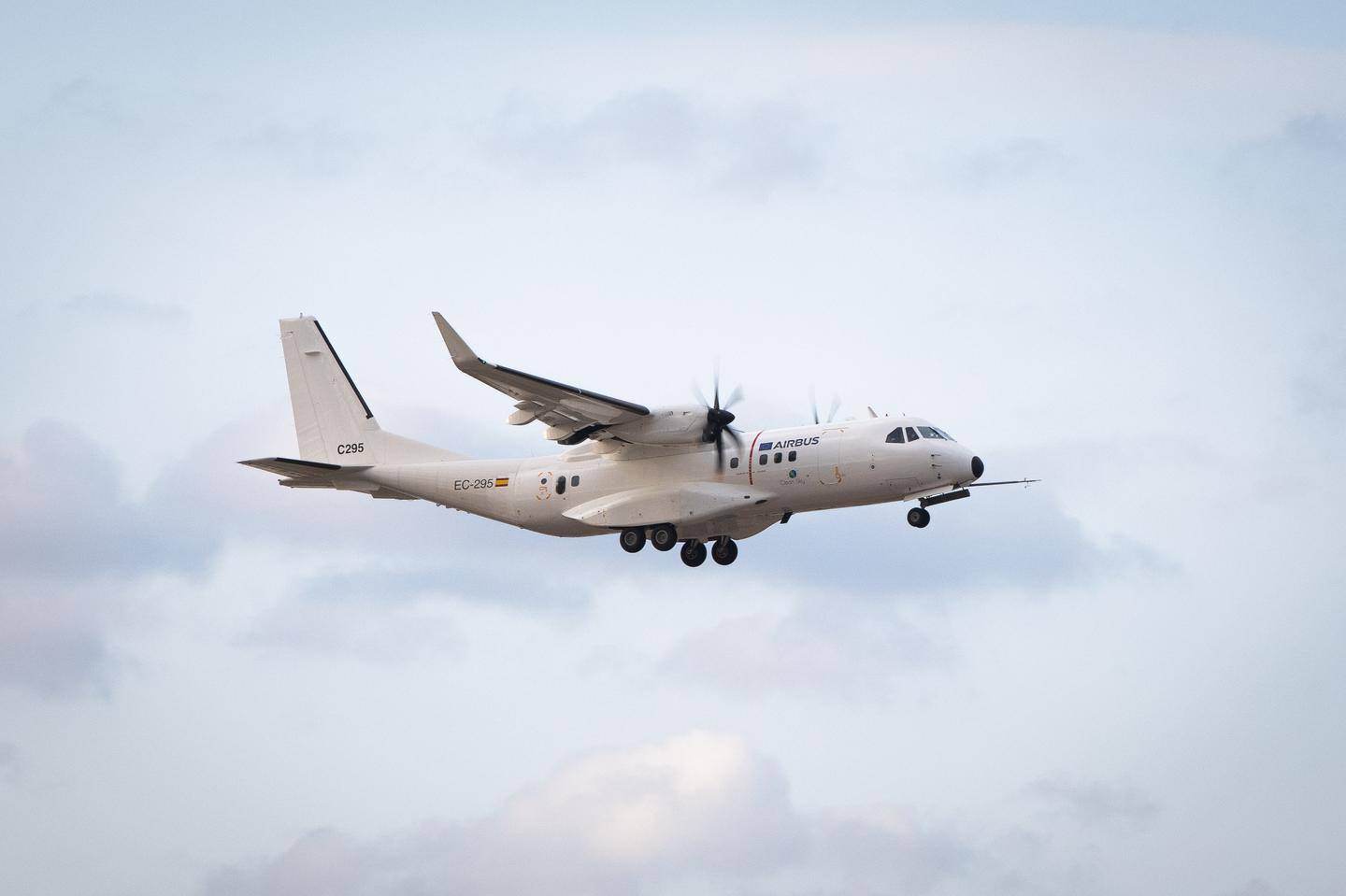 SEVILLE: The Airbus C295 Flight Test Bed 2 (FTB2) has successfully performed its maiden flight from the Final Assembly Line in Seville. The aircraft now starts a flight campaign with the aim of testing the new semi-morphing wing, the new affordable flight control system, as well as a SatCom antenna embedded within the aircraft’s fuselage.

“The first flight of the C295 FTB2 is a key milestone that represents an important step forward in the programme, following the successful integration of the new aero structures, power-on and ground tests. A few years ago this programme was just a dream of a more sustainable future for aviation. Today we are at the final stage and we finally made it fly” said Francisco Javier Sánchez Segura, Executive Vice President Engineering Airbus Defence and Space.

Based on the Airbus C295, the Flight Test Bed 2 is an in-flight demonstrator of the European Clean Sky 2 (CS2) and the EU Horizon 2020 research and innovation programme, where technologies related to CS2’s future regional multimission aircraft are tested, the aircraft maker said in a statement Jan 26.

The modifications include new materials and technologies designed to achieve noise, CO2 and NOx emissions reduction. With these technologies applied in a future regional multimission configuration, up to 43% CO2 and 70% NOx reductions can be achieved in a typical Search and Rescue mission of 400 nautical miles, as well as 45% less noise during take-off, a company statement said.

The main modifications in the aircraft are a new high-efficiency semi-morphing wing, new dynamic winglets and a flat panel SATCOM antenna integrated within the top of the fuselage.  In addition, innovative flight controls for primary control surfaces, including ailerons, flaps and flap tabs with improved aerodynamics, are capable of adjusting in-flight and contribute to a more efficient high lift system.

The new flight control system leverages digital control systems to optimise the aerodynamic shape of the wing in flight, while a new multifunctional flap has been completely redesigned and includes flap tabs in the trailing edge controlled by electro-mechanical actuators.

But the advantages also extend into the manufacturing process, not least with the use of advanced materials and manufacturing ranging from the use of Scalmalloy and additive manufacturing, to a new assembly method for the aero structures of the wing.  A one shot assembly approach has been used for the new composite winglet and winglet tab, moving from the conventional ribs approach to a multi-spar integrated torsion box. Finally, jig-less methods have been used for the assembly of flaps and ailerons.

As a result, the C295 FTB2 brings improvements not only to the purely operational aspects of the aircraft, but helps introduce new improvement to the design and manufacturing process.

With a growing demand for multirole airlift capabilities, the C295 is becoming the new standard for tactical and humanitarian operations. This latest contract brings the total number of C295 ordered in the Asia-Pacific region to 25.

Thailand in last year ordered another C295 to beef up its existing tally two aircraft. The Thai order was announced after a recent order for three C295 transport aircraft from an undisclosed military customer in the region.

The C295 is a new-generation tactical airlifter in the light and medium segment. More than 180 aircraft have been operated around the world in many configurations. In Asia-Pacific, the C295 is operated by the armed forces of Bangladesh, India, Indonesia, Philippines, Thailand, and Vietnam. – shp/adj/mgm (Images: Airbus Defence and Space)