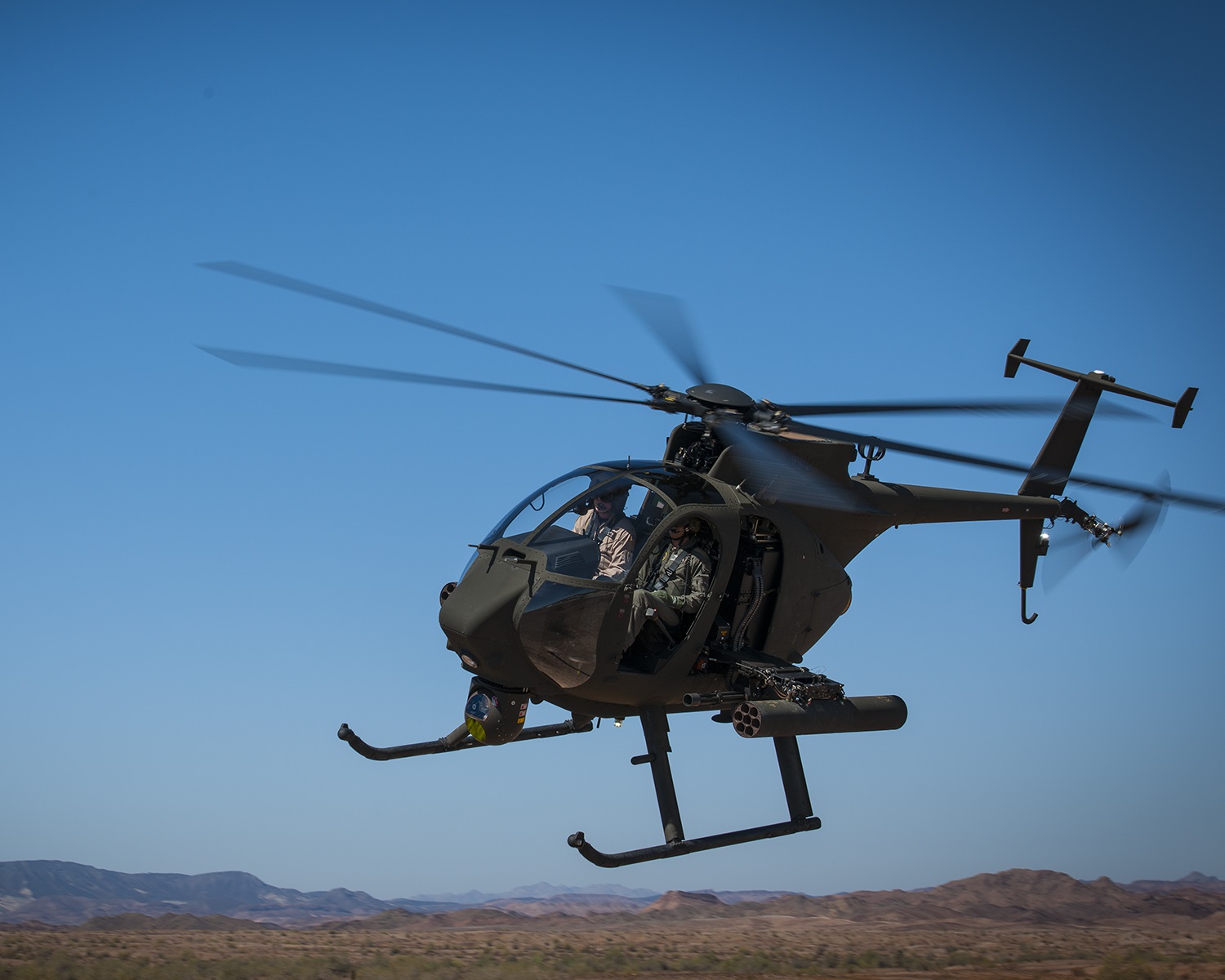 Boeing has been awarded a $103.7 million contract by the US Department of Defence as part of a foreign military sale for eight AH-6 light attack reconnaissance helicopters to Thailand. The contract includes spares, training devices, support equipment, and technical publications for the Royal Thai Army.

The deal paves the way for the Royal Thai Army to replace its fleet of aging AH-1F Cobras as part of the country’s defence modernisation efforts. The aircraft will be produced in Mesa, Arizona, with deliveries planned through 2024.

“We welcome Thailand’s selection of Boeing’s AH-6 light attack reconnaissance helicopter and look forward to working with the US and Thai governments as part of the foreign military sale process,” said Jessie Farrington, business development director of Attack Helicopter Programmes. “From its unmatched power-to-weight ratio to its extensive, integrated digital communications suite, the AH-6 offers superior performance, capability and versatility and will be a force-multiplier for the Royal Thai Army.”

Thailand is Boeing’s second international customer for the aircraft. Boeing has a long and proven track record of being a trusted partner to Thailand’s aviation and defense customers for more than 60 years.

The AH-6 is the attack version of the Special Operations variant widely known as MH-6 Little Bird. The attack version, the AH-6 used by the US Army, has a crew of two and is armed with a mixture of M134 7.62-millimeter miniguns, 2.75-inch unguided rockets, Hellfire anti-tank missiles, and M230 30-millimeter autocannons.

The Malaysian Army recently received its six MD 530G Light Scout Attack helicopters. Similar to the AH-6, the 530G is the latest in a long line of light attack helicopter configurations based on the Model 500/530 airframe. The 530G for Malaysia continues to raise the bar on performance with the integration of the Wescam L3 MX10D sensor and the Pathfinder ARES Weapons Management System from Tek Fusion.