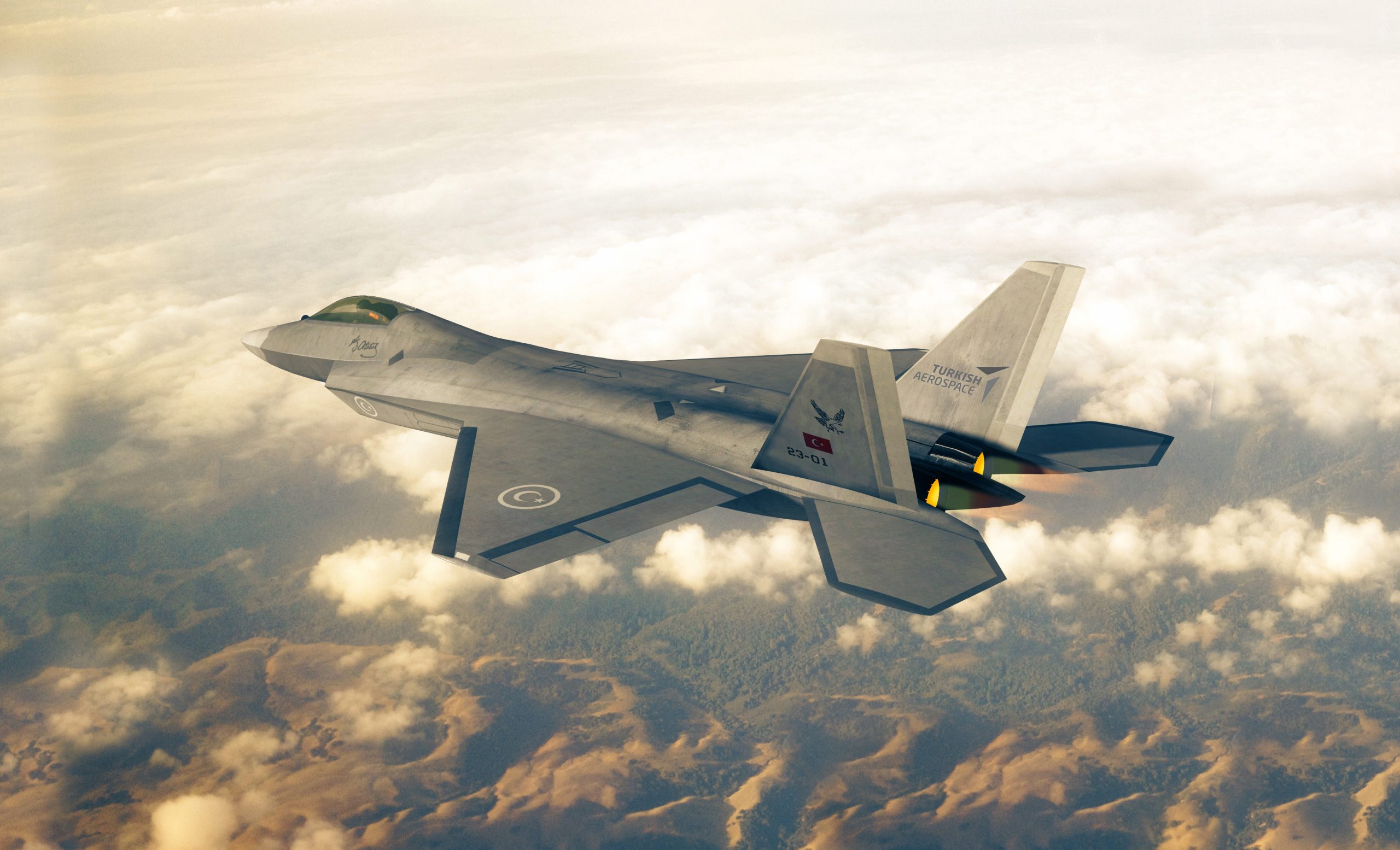 Turkish Aerospace displayed a full scale mock-up of the new generation Turkish fighter aircraft in the region recently when it attended the Singapore Airshow. Turkish Aerospace displayed a full size model of its 5th generation fighter jet known as the Turkish Fighter in Asia region for the first time along with the group’s other indigenous platforms.

In his comments on the show which ran Feb 15-18, Turkish Aerospace President and CEO Temel Kotil said:“We are excited to be part of the Singapore Airshow. It important to be part of the Asian market in defence industry. We are making strategic decisions on a global scale to increase our business marketing activities both in the academic field and in production. We are working on new business models to develop relationships in the region. I believe it will strenghten us.”  The group’s top officials also held key meetings with officials from military and civil area to discuss further corporation., “ a TAI statement said.

It should be noted that in 2021 with the sales agreement of Turkish Aerospace UAV ANKA has accelerated Asian defence industry and its surrounding areas. In addition to the UAV, Turkish Aerospace‘s Advanced Jet Trainer and Light Attack Aircraft HÜRJET has been  offered to the Malaysia. Turkish Aerospace expecting to produced and manufacture 15 of them in Malaysia if the type is selected for the countries air service.

Turkish Aerospace is the center of technology in design, development, manufacturing, integration of aerospace systems, modernization and after sales support in Turkey. Located in Ankara. Turkish Aerospace production plant covers an area of 4 million square meters with an industrial facility of 640,000 square meters under its roof with almost 12.000 workers. The company has a modern aircraft facility furnished with high technology machinery and equipment that provide extensive manufacturing capabilities ranging from parts manufacturing to aircraft assembly, flight tests and delivery. –pk/mhi/mgm (Image: TAI/TUSAS)