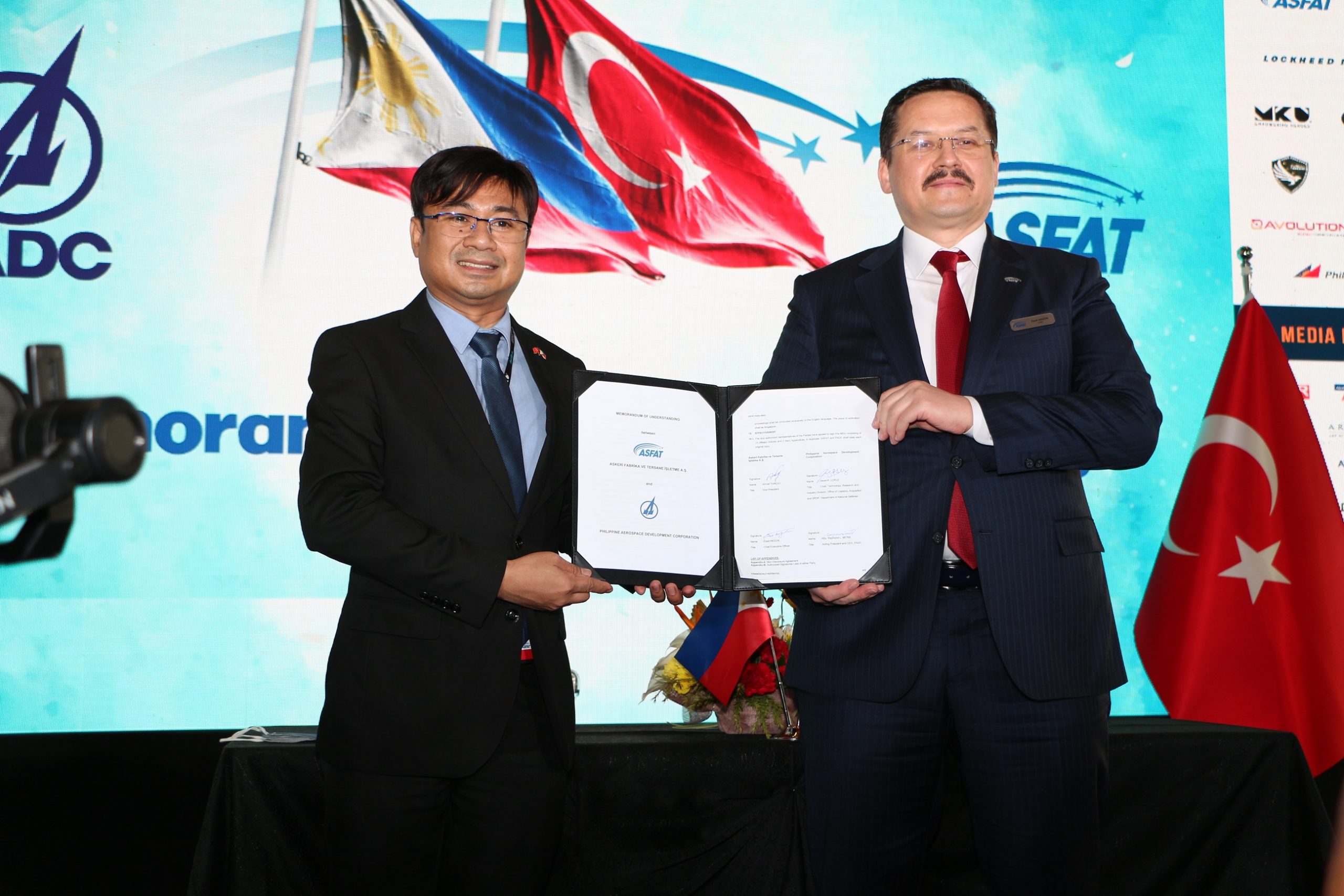 MANILA: ASFAT of Turkey signed a Memorandum of Understanding (MOU) with the Philippine Aerospace Development Corporation (PADC) on April 27 at the Asian Defense and Security (ADAS) held at the World Trade Center, Pasay City. The MOU was inked by Chief Executive Officer of ASFAT, Esad Akgün and Acting President and CEO of PADC, Raymond L Mitra. The MOU will pave a way for the Maintenance, Repair and Overhaul (MRO) and sustainment of helicopters and aircraft in the inventory of the Philippine Air Force (PAF). This is said to include the UH-1 Huey of the PAF, some of which already decommissioned following a deadly crash in January 2021. ASFAT is a government owned and operates under the Republic of Turkey’s Ministry of National Defence. An ASFAT statement released at the event said that it is also participating in the Philippine Navy’s Offshore Patrol Vessel (OPV) acquisition project as one of the contenders. The state-owned company said that they are committed to providing state of the art products and services to the Armed Forces of the Philippines and the Department of National Defence, and to support and develop the local defence industry with technology transfer and local capacity building. –shp/mhi/mgm (Photo: ADJ)