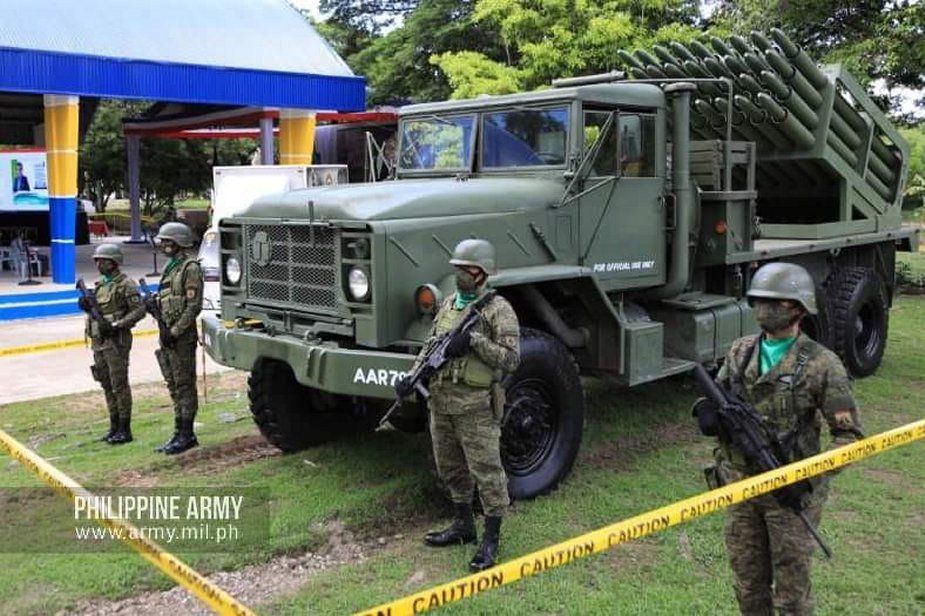 The South Korean-donated K-136 “Kooryong” multi-launch rocket system (MLRS), which is intended for the Philippine Army (PA) and Philippine Marine Corps (PMC), is expected to be delivered as early as June this year, the Army said.

A Philippine News Agency report quoting Army spokesperson as saying that bidding for the MLRS’ shipment or transport to the Philippines is now ongoing at the Department of National Defense (DND).

“The Philippines will be providing the logistics for its shipment to our country. It is expected to be shipped within this year and has no specific timetable yet, although, it was earlier posted that by June 2022 ang dating nito sa bansa (will be arriving in the country),” Army Colonel Xerxes Trinidad said in a message to the agency when queried on the matter.

“The MLRS for the Army is donated by the (South) Korean government and it is still ongoing bidding at the DND (Department of National Defense) level for the shipment. The budget released (Special Allotment Release Order [SARO]) is dedicated for the shipment,” he said in a message to the Philippine News Agency.

Trinidad said the SARO he was referring to was issued by the Department of Budget and Management (DBM) last April 22. The PNA report said the SARO is worth PHP20,933,680 and is intended to “cover the funding requirement for the transfer and acceptance of the donations to the PA and PMC of the 130mm MLRS under the Revised Armed Forces of the Philippines Modernization Program.”

The South Korean MLRS donation was announced sometime in 2019. Around 22 MLRS are earmarked for the Philippines, the report said. The “Kooryong” has a range of 48 kilometers to 80 kilometres and can be used for internal and external defense.

Developed by Hanwha, the K136 Kooryong is an MLRS that was deployed by the ROK Army from 1986. The multiple rocket launcher has 36 tubes and fires 130mm(K30) or131mm(K33) rockets. The payload is conventional High explosive and pre-fragmented HE, containing 16,000 steel balls. The launcher is carried on a KM809A1 6×6 truck. About 150 units were built. In June 2020, the Philippine Army announced its Artillery Regiment recently celebrated its 13th founding anniversary. Among the various equipment displayed at the event was a mock-up for the MLRS locally made using a modified US-made M39 truck. — pna/shp/mgm (Image. Philippine Army)