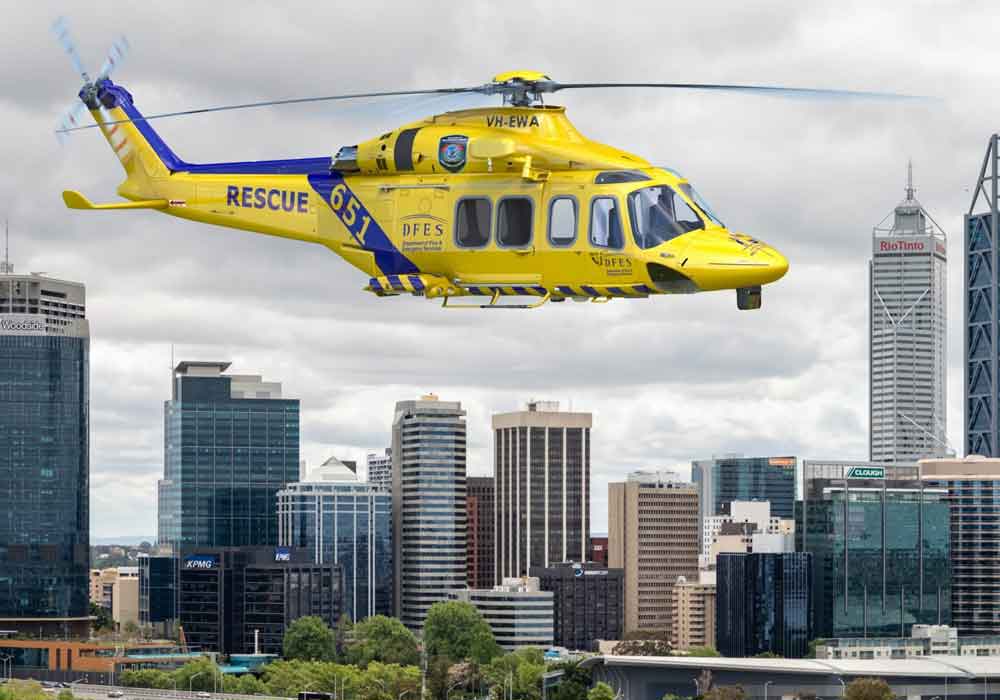 The helicopters will be supplied by leading helicopter operator CHC Australia to carry out a range of HEMS, search and rescue and inter-hospital patient transport missions from the Jandakot and Bunbury Airports on behalf of the ERHS, the company said.

The AW139s will be delivered from Leonardo’s Vergiate final assembly line facility in Italy in early 2023 and will enter service in Western Australia later in the year, following dedicated mission customization performed locally.

This latest contract marks a further outstanding success for the best-selling AW139 in Australia, being already the leading model for Emergency Medical Service (EMS) nationwide. More than 130 civil, public utility and military helicopters of various models have been sold by Leonardo in the country to date, supported by unique localised support and MRO (maintenance, repair, overhaul) services.

The AW139 has been chosen by several operators in Australia for a range of roles covering HEMS/SAR, law enforcement, offshore transport and government roles with a fleet of over 60 units today in service.

The world’s most important helicopter programme since its certification in 2004 and the bestselling type in its category, the AW139 has logged orders for over 1250 units from more than 290 operators in over 80 countries to date for all missions. –lo/adj/mgm (Images:CHC/RAAF)