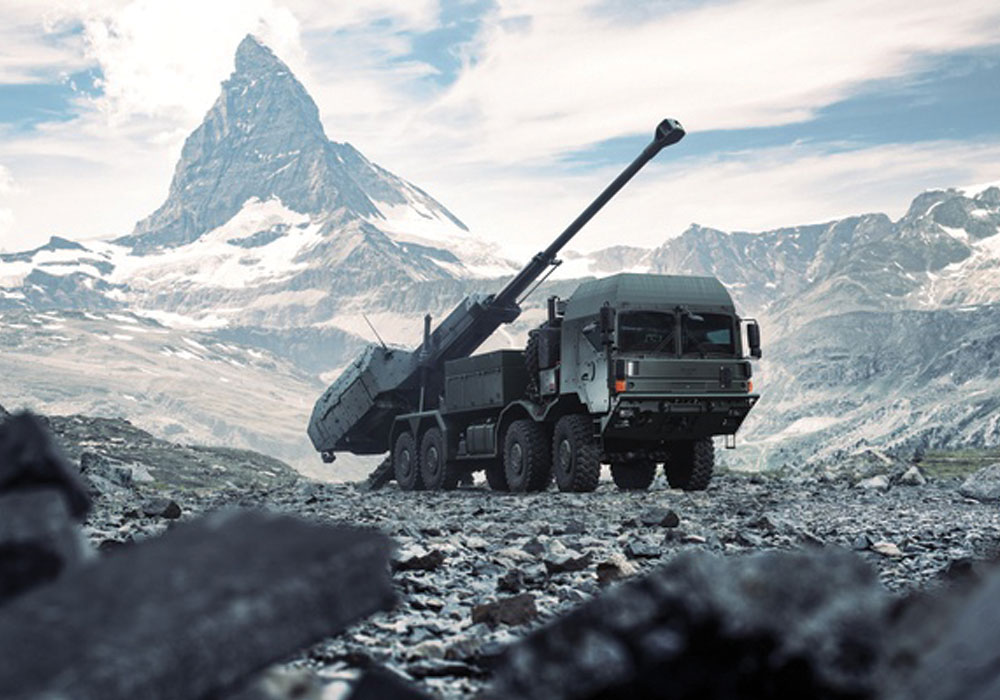 The Swiss government has shortlisted BAE Systems’ ARCHER 155mm mobile howitzer as one of the systems going into the final round of competition for its future artillery system.

ARCHER is a fully automated system purpose-built to keep pace with fast-moving land forces. It is designed for rapid deployment to quickly respond to threats and deliver superior mobility, lethality, and survivability.

Operators control the entire gun system from the safety of ARCHER’s armored cabin. In only 20 seconds, the vehicle can stop and fire its first round. After completion of the fire mission, ARCHER is on the move again within 20 seconds. In less than two minutes, ARCHER can fire six rounds, displace, and move 500 meters, while the crew remains in the armored cabin, making the ARCHER the ultimate shoot-and-scoot system for soldier and platform survivability.

“ARCHER is the most advanced wheeled 155mm howitzer in operation today and meets the requirements of the Swiss Armed Forces,” said Stefan Löfström, director of marketing and sales at BAE Systems Bofors in Karlskoga, Sweden. “Consistent with our long history of implementing industrial cooperation projects around the world, we are working with Swiss industry to establish a project plan to successfully fulfill all Swiss requirements.”

ARCHER can fire the BONUS anti-armor munition up to 35km, conventional munitions up to 40km, and the precision-guided munition Excalibur in excess of 50km. The automated magazines can hold a mix of different ammunition types and modular charges needed to support any mission.
The system is already in service in the Swedish Army with the highest technical and manufacturing readiness levels. –bae/adj/mgm (Images: BAE Systems/Archer)