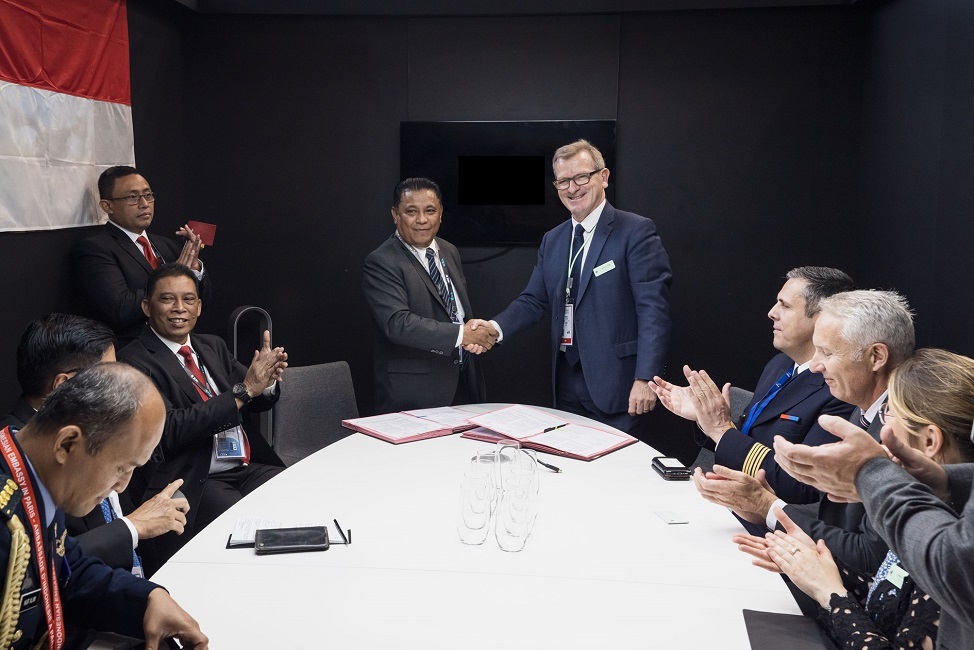 The new MoU should help in structuring the ongoing and future cooperation between both companies, thus also helping renew Arquus’ commitment to Indonesia and presence alongside the Indonesian National Armed Forces.

“The selection of Arquus as a potential first-rank partner of PT Pindad highlights the company’s 15- year long partnership with Indonesian Defense stakeholders, from the Army to the industry. Arquus has always supported Indonesia’s will to develop its sovereign capabilities in land Defense, so it is a privilege for us to be elected as partner,” said Arquus President, Emmanuel Levacher.

“Pindad is a national defence industry in Indonesia wants to establish high quality land system platform solution supported by global standard products and components/parts from Arquus. The collaborative products is already acknowledged well not only in Indonesia national level, but also in Indonesian peacekeeping operations around the world” said CEO of PT Pindad, Abraham Mose.

Arquus and PT Pindad have been running a long-term and successful relationship over the past 15 years. Throughout these years, Arquus has been supplying PT Pindad with major components and parts which have been integrated in Indonesian-made armoured vehicles.

In the framework of that cooperation, Arquus has supplied powerpacks for ANOA 6×6 APC vehicles and BADAK 6×6 IFV, currently serving in the Indonesian Army (TNI-AD). Arquus has also supplied rolling chassis for the KOMODO 4×4 multipurpose vehicle.

On top of its long-running relationship with PT Pindad, and the hundreds of ANOA, BADAK and KOMODO armoured vehicles proudly serving daily, Arquus is a major supplier for the Indonesian Army. The company has produced and delivered a total of 80 vehicles directly to the Ministry of Defence, including VAB, VBL and Sherpa Light vehicles in various configurations. –arq/adj/aaa (Image: Arquus)