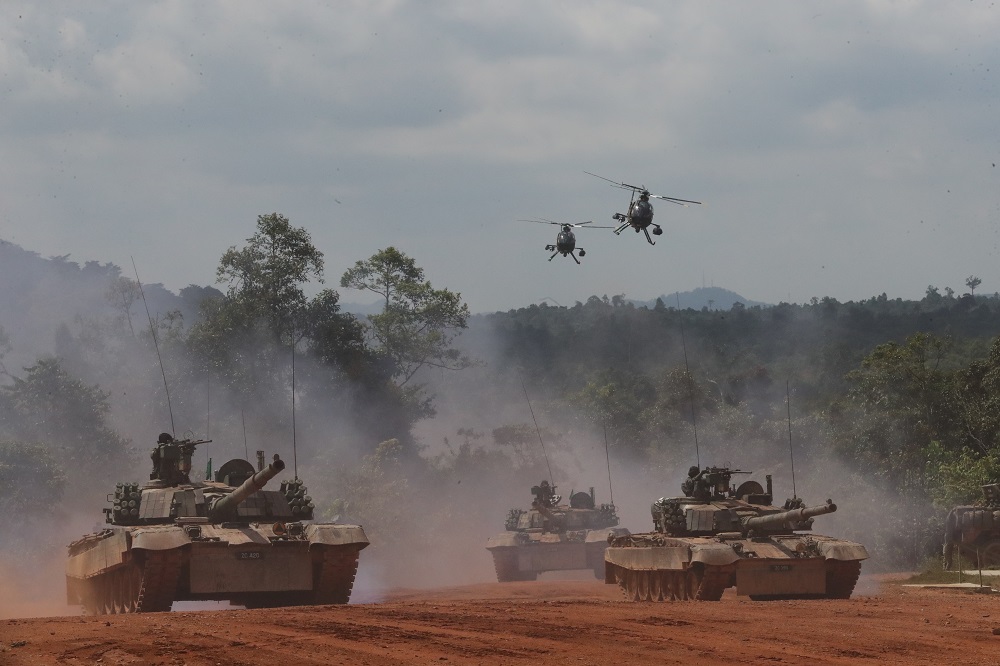 The airspace above live fire training area, part of the sprawling Syed Sirajuddin Camp in Gemas, 119 km south of here reverberated with the roar of ordnance fired and launched from two MD530G and other combat aircraft at the 2022 MAF Firepower Training (FPT).

The helicopters equipped with weapons such as 70 milimetre (mm) rocket and 7.62 mm “mini” guns have the capability of attacking light armored vehicles and enemy personnel at ranges between 500 metres to seven kilometres as well as execute its key air reconnaissance duties, depending on weapons fit.

Helicopters from all three branches of service – the Super Lynx and the AS555 Fennec from the RMN, the EC 725AP from the RMAF and the Agusta A109 LOH also took part.

A dynamic display of Combat Air Support (CAS) by RMAF aircraft were also carried out during the exercise, with F/A-18D Hornet and BAe Hawk 208 fighters. – adj/dl/mgm (Images: ADJ/Perajurit)