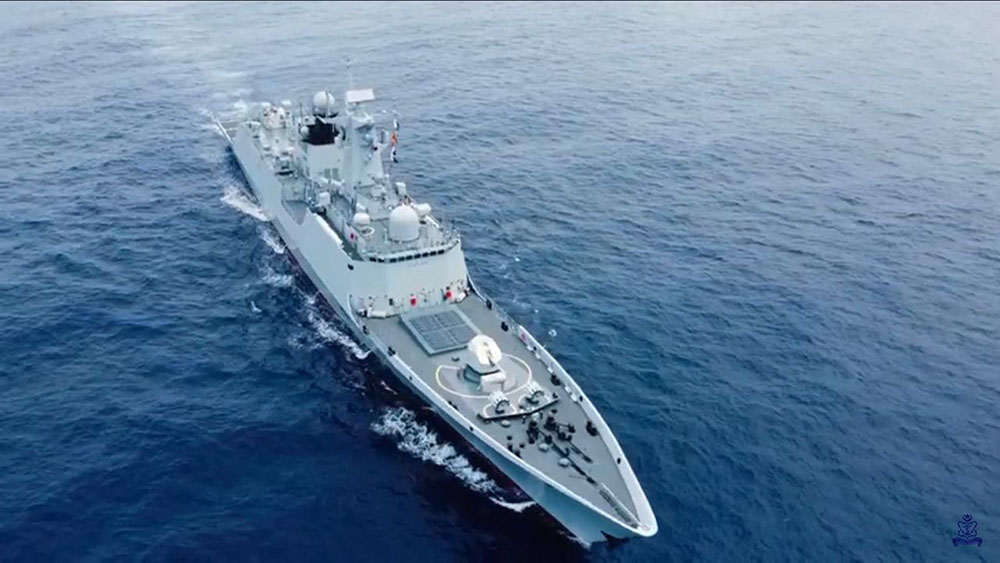 In his speech,  Commodore Rashid said that the induction of state-of-the-art Type 54A/P Frigates will significantly enhance Pakistan Navy capabilities in strengthening defence of sea frontiers.

He praised the concerted efforts made by CSSC, CSTC, China Ship Development & Design Centre (CSDDC), HZ Shipyard and PLA-Navy for the landmark achievement by timely delivery of the well-equipped and potent frigate.

PNS Taimur is the second ship of four Type 54A/P Frigates constructed for Pakistan Navy. The first 54 A/P Frigate PNS Tughril has joined the service’s fleet in January 2022, while another two frigates of same class are presently under construction at China.

According to the contract, all four ships are built in China and the first two are expected to be delivered to the customer by year-end. An additional contract for two more ships was announced in June 2018.—shp/adj/aaa (Image: Pakistan Navy)