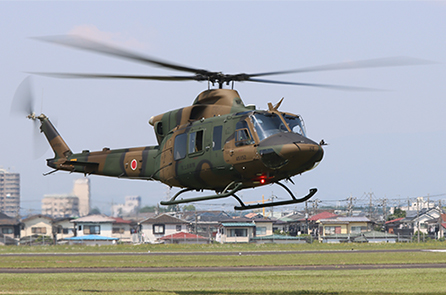 Subaru has developed the UH-2 based on the Subaru Bell 412EPX –  latest civilian helicopter which was remodelled to meet the Japan Ministry of Defence’s specification.

The flight test of the new utility helicopter was carried out in May 2022, and received the Japan Ministry of Defence’s approval for delivery.

The UH-2 was selected in 2015 to replace the JGSDF’s fleet of UH-1J helicopters. The first flight of a prototype helicopter took place in December 2018, with the delivery of the first prototype to the Ministry of Defence took place in February 2019.

A total of 150 helicopters are currently being ordered, with delivery spanning over 20 years. –shp/adj/aaa (Image: Subaru)