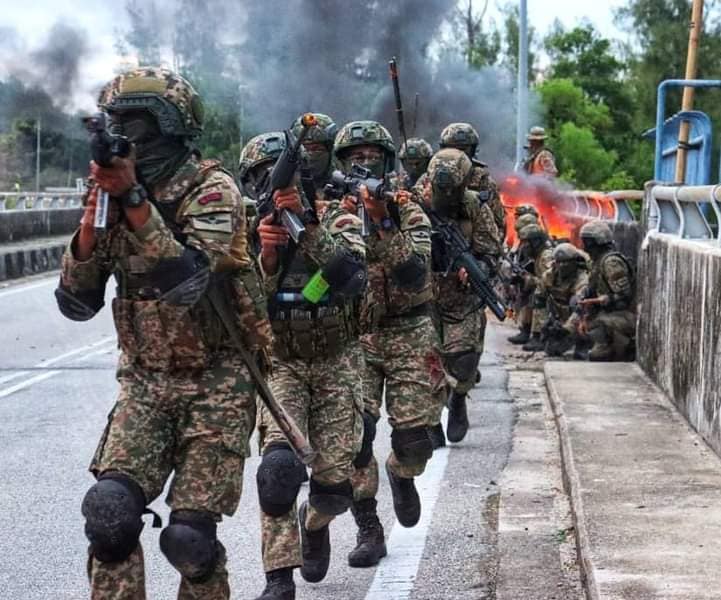 The drills were held at Malaysian Army’s  Special Warfare Training Centre (PULPAK), located at Malacca’s state, followed by battlefield exercise at Pasir Puteh, Kelantan, which focuses on cross training exercise, para ground training, rapid deployment force through airborne operations, the enforcement of RAID in critical point behind the enemy line to provide critical offensive movement for the armed forces to defeat the enemy, and extraction of troops to carry out the next operations.

“This miliary-to-military cooperation could be enhanced in the future for the mutual benefit, as well as to preserve the existing relationship between  both armed forces.” –shp/adj/aaa (Images: Malaysian Army)