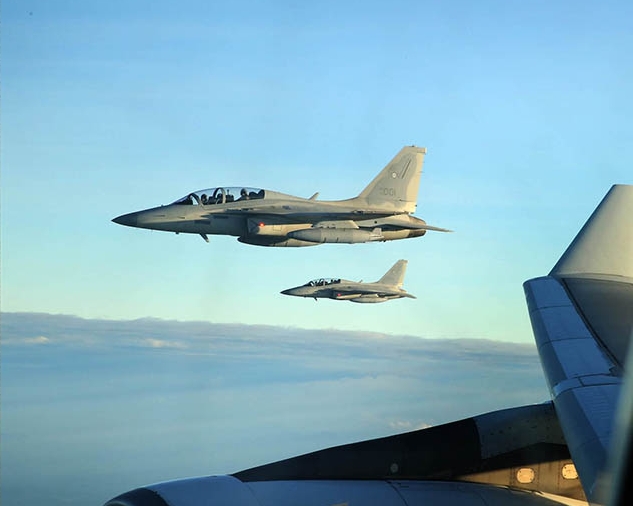 “While it is true that we have FA-50 aircraft that are currently on non-operational status, most of them are just ongoing scheduled maintenance which are mandatory precautionary checks and they will be back in the air soon,” said Col Castillo.

It was reported that only three FA-50PHs that are currently operational due to sustainability issues.

Col Castillo was reported as saying that the Air Force is currently waiting for spares for the aircraft.

“These parts are mostly what we call Time Change Items (TCI) and they need to be replaced after certain hours of use to ensure safety of flight operations,” Col Castillo  was quoted as saying.

Despite the limited number of its operational fighter aircraft, Castillo said that the PAF is still able to perform its operations as needed with commendable response time.

The South Korea-made FA-50PH from Korean Aerospace Industries (KAI) is considered the PAF’s premier air combat aircraft and is used extensively for air defence, attack, and other support missions.

The aircraft have a top speed of Mach 1.5 or one and a half times the speed of sound and is capable of being fitted with air-to-air missiles, including the AIM-9 “Sidewinder” air-to-air and heat-seeking missiles aside from light automatic cannons and bombs.

The FA-50PHs had displayed its capability during the Marawi City siege where it was heavily used for close-air support mission roles along with the venerable OV-10 “Bronco” turbo-prop attack aircraft, SF-260 light bombers and various attack helicopters of the PAF. –shp/adj/aaa (Image: Philippine Air Force)