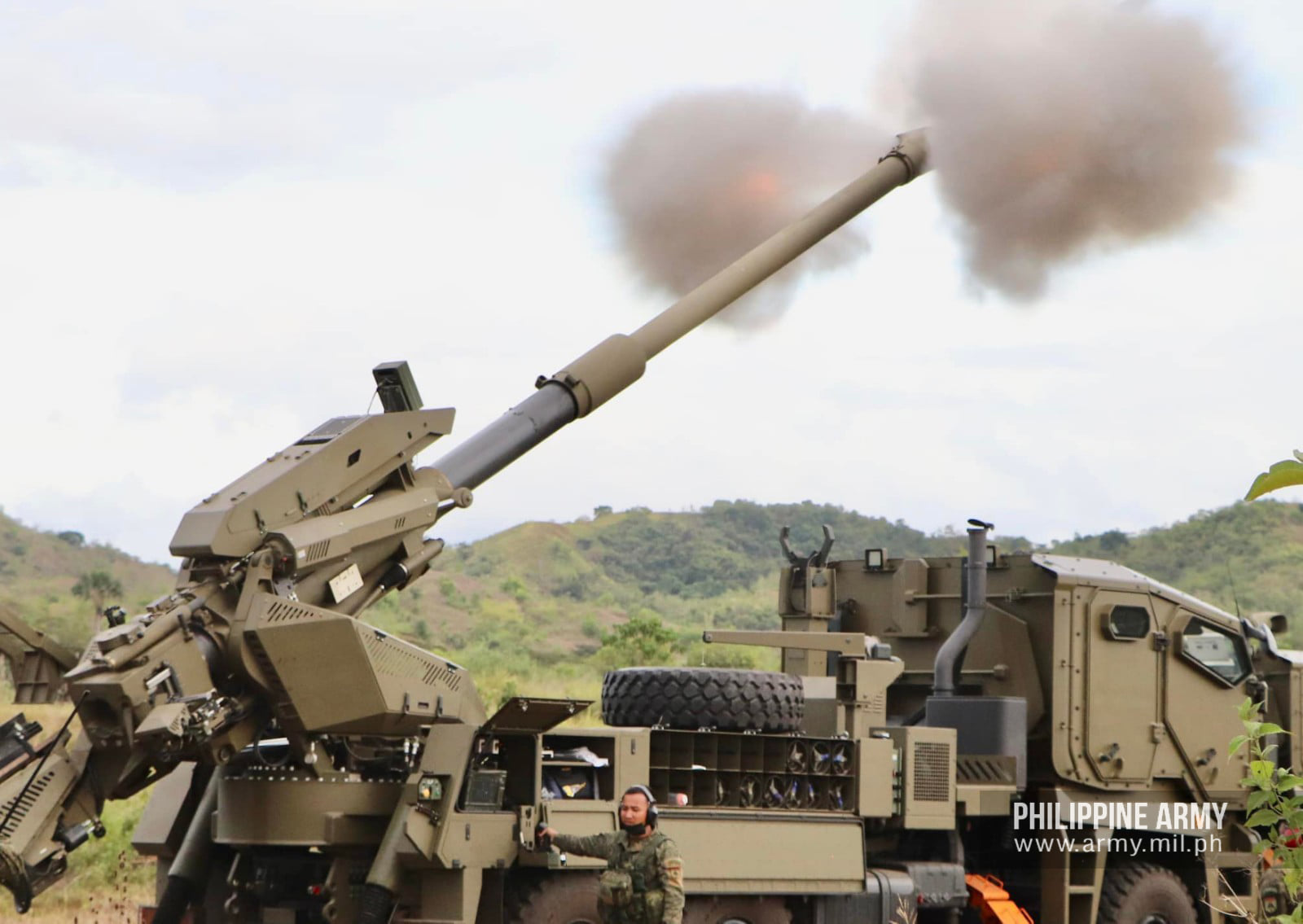 “These assets are considered game-changers as they will certainly bolster the Armed Forces of the Philippines’s (AFP) internal security operations for a decisive victory against enemies of the state,” Faustino told members of the 10th “Rolling Thunder” Field Artillery Battalion.

The 10th Field Artillery Battalion is the primary unit tasked to operate and maintain the 12 newly-acquired ATMOS self-propelled guns which are divided into three batteries of four howitzers each.

The ATMOS 155mmm howitzer system would augment the existing 155mm towed-howitzers being operated by the Army Artillery Regiment.

Col Trinidad, in a separate interview, were quoted as saying that the ATMOS 155mm self-propelled guns are “easily deployed even in ragged terrain and truck-mounted guns not towed.”

He added that these new weapons have a maximum range of 41 kilometres depending on the type of ammunition used and have “target precision of up to 10-kilometre radius.”

Col Trinidad earlier said the ATMOS 155mm howitzer system is a “shoot-and-scoot” weapon that can be rapidly deployed in rugged terrain.

“The weapon incorporates an ‘inertial navigation system’ (INS)-based gun-laying method and an automatic loader,” he added.