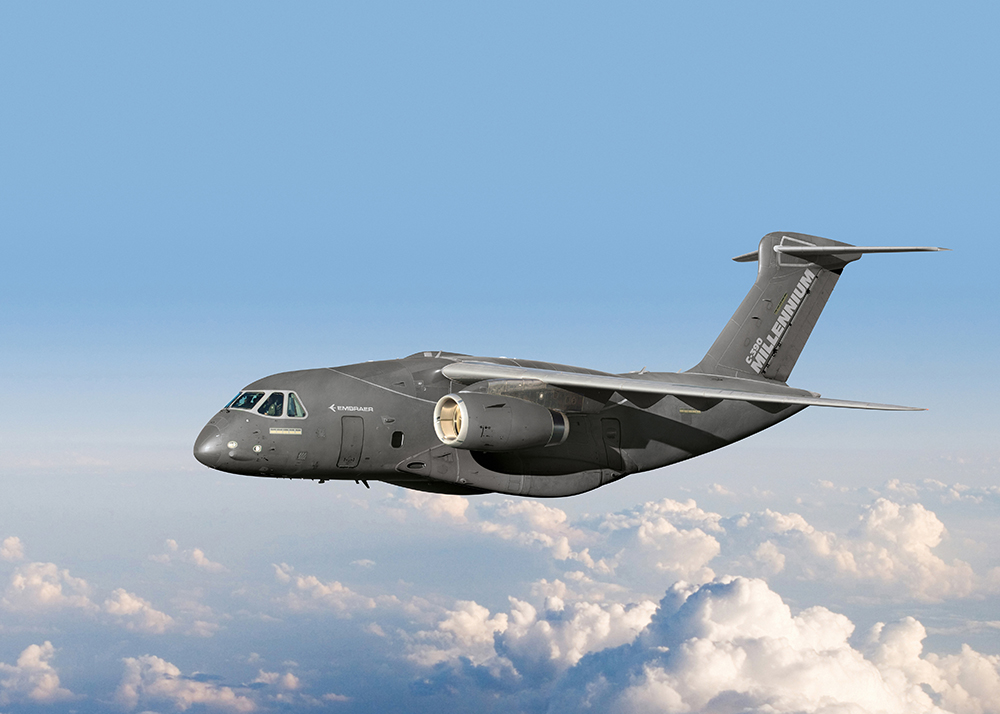 Seoul: Embraer announced today that it has signed several Memoranda of Understanding (MoUs) with the aerospace companies ASTG (Aerospace Technology of Global), EMK (EM Korea Co.) and Kencoa Aerospace, from South Korea with the objective of strengthening collaboration with Korean defence industry partners for the future supply of parts for the C-390 Millennium aircraft. The C-390 Millennium aircraft is competing in the Large Transport Aircraft (LTA) II Programme being run by the Defence Acquisition Programme Administration (DAPA).

The potential supply of South Korean manufactured parts will contribute to the offset requirements of the LTA II Programme. The MoUs intend to create long-term business relationships between the parties which will endure for the LTA II Programme and beyond. Local industry capabilities can also be part of future developments within Embraer’s existing platforms such as the C-390 Millennium as well as new aircraft, vehicles, and systems.

“Embraer is very confident on the mutual benefits to be gained from this collaboration, thus creating a sustainable and growing relationship between Embraer and the partners in South Korea”, said President & CEO, Embraer Defense & Security, Jackson Schneider. “By offering more than 50 years of experience in aviation, technology and innovation, Embraer is looking to establish meaningful partnerships in South Korea to create new businesses and solutions.”

The C-390 Millennium and its aerial refuelling configuration, the KC-390, are the new generation of multi-mission military transport delivering unrivalled mobility and cargo capacity, rapid re-configuration, high availability, enhanced comfort, as well as optimal management of reduced operational costs throughout its lifecycle, all on a single platform.

Since the first delivery to the Brazilian Air Force (FAB), the KC-390 Millennium has proven its capability, reliability, and performance. FAB’s current fleet of KC-390 stands at five units. The fleet has already exceeded 7,000 flight hours in operation, with a 99% mission completion rate, demonstrating excellent availability and productivity in its category.

In June 2022, the Netherlands Ministry of Defence announced the selection of the C-390 Millennium to replace the current fleet of C-130 Hercules. The Portuguese Armed Forces and the Hungarian Defence Forces will begin operations with the KC-390 in 2023 and 2024, respectively. The three European countries’ fleets will be capable of performing aerial refuelling and be fully NATO compatible. –shp/adj/erj (Image: Embraer)