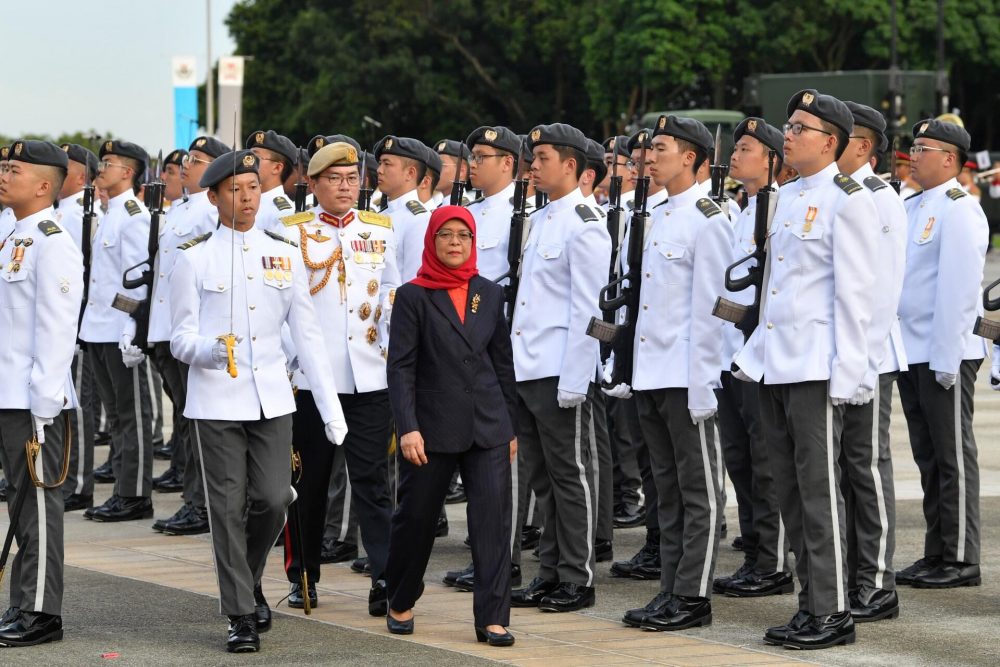 The establishment of the DIS marks a key milestone in the transformation of the Next Generation SAF with the consolidation and integration of existing Command, Control, Communications, Computers and Intelligence (C4I) and cyber capabilities of the SAF.

In her speech, President Halimah highlighted the importance of the establishment of the SAF’s fourth Service amidst fundamental shifts in the global security environment, including threats within the digital domain.

“Today’s inauguration of the DIS is timely and necessary for the SAF to adapt itself to defend Singapore against the security threats that exist in the digital and information domains. In the past decade, we have witnessed many attacks on other countries, not through traditional armed conflicts, but through the digital realm,” said President Halimah.

“ The impact of these digital attacks is real and can result in disruption of essential services, data theft and even local elections. Termed ‘hybrid warfare’, it can be a preamble or part of an orchestrated campaign against a target nation by state and non-state actors” .

“The fourth service will provide us the capabilities to defend ourselves against attacks in the digital domain,” said the president.

During the parade, President Halimah conferred on the DIS its State Colours, and presented the letter of appointment to the Chief of Digital and Intelligence Service Brigadier General Lee Yi Jin.