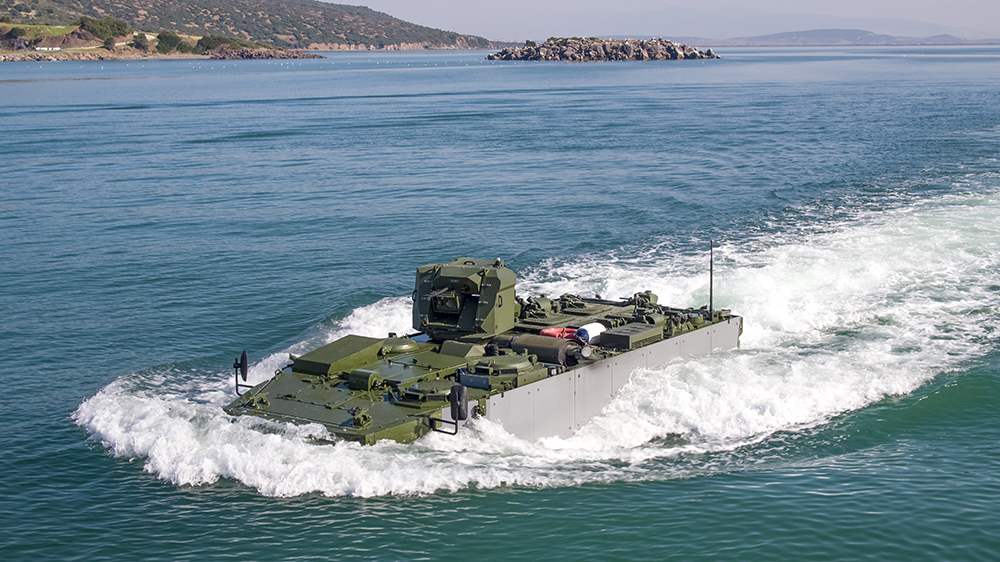 The renowned global land defence giant will showcase their ZAHA Marine Assault Vehicle (MAV) with CAKA Remote Weapon Station (RWS) which is purposely designed for MAV at the company’s pavilion.

The Marine Assault Vehicle (MAV) is the latest technology amphibious vehicle designed by FNSS to meet amphibious operational requirements. During the beach landing phase of an amphibious operation, these vehicles are launched from landing helicopter docks (LHD) and are able to rapidly cover the distance between the vessel and the shore, allowing marine units to land under armour protection.

Featuring a unique hull design and powerful water jets, the ZAHA is highly mobile in the water with a speed of 7 knots, as well as on land, at 70 km/h maximum speed. The platform’s fire power is provided by the purposely designed CAKA dual remote-controlled turret that can be armed with a 12.7mm MG and a 40mm AGL.

Designed to support dual operations based on their mission requirements, armoured amphibious assault vehicles need to ensure superior capabilities both at sea and on land. Compared to similar systems, the MAV can be considered superior in number of transported personnel, level of ballistic and mine protection, new generation remote controlled turret and performances on land and afloat.

The Tiger Roars at the Show

In addition to ZAHA, KAPLAN MT “Harimau”, which was developed within the scope of the project signed between the Presidency of Defence Industries of Turkiye and the Indonesian Ministry of Defence with an interstate agreement, will take place in the live demonstration of the Indonesian Army on Wednesday, November 2, in the open area of the Expo.

The new generation KAPLAN MT is the sole and exclusive modern Medium Weight Tank designed with rear powerpack and not a conversion of a variant from an existing IFV. Its unique design provides the lowest silhouette and highest power-to-weight ratio in its class and its platform is designed for optimum weight and high mobility performance. The vehicle’s design architecture provides a superior level of battlefield survivability that includes advanced ballistic, best-in-class mine protection systems and adequate firepower, the latter ensuring near-real time response against most battlefield threats.

FNSS’ cutting-edge solutions are available for viewing at Hall A-A005a.