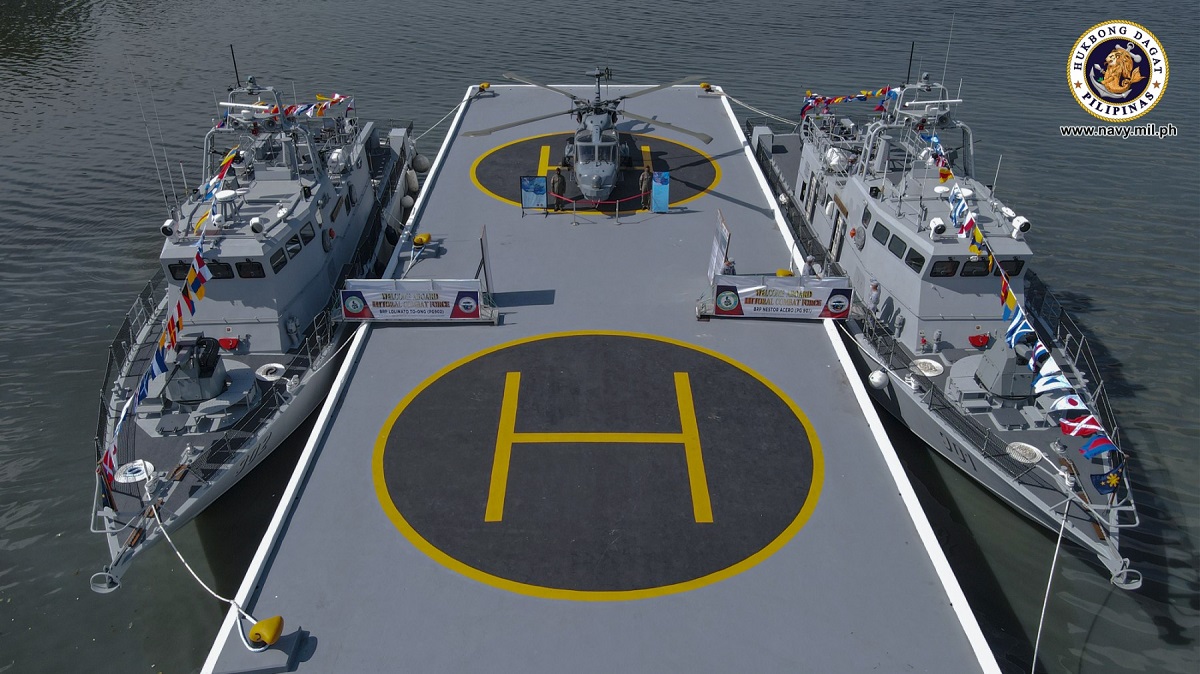 Philippine Executive Secretary, Lucas Bersamin hailed the Navy “for its efforts to capacitate itself for a stronger defense capability to fulfill its mandate to defend our maritime nation against threats and intrusions”, and considered this event as a milestone that “makes not only our sailors and marines proud but our countrymen would feel more secure with acquisition and use of these assets.”

The brand-new Acero-class Patrol Gunboats are the Shaldag Mark Five fast patrol crafts ordered from Israel Shipyards. They measure more than 32 metres long and have a maximum speed of above 40 knots. All platforms will be armed with one Typhoon Machine Gun System mounted with a 30-millimetre cannon and two Mini-Typhoon Machine Gun System as secondary guns, while four of the nine platforms will be fitted with the Spike Non-Line-Of-Sight Missile System.

Their addition to the fleet inventory is a significant step forward in the Navy’s ongoing capability upgrade toward achieving a minimum credible defense posture and asserting greater efficiency in the execution of its mandated task, especially with their deployment to vital choke points, key sea lines of communication, and littoral areas of the country where terrorist groups and other lawless elements are operating.

The Navy Chief Rear Admiral Toribio Adaci Jr. meanwhile gave the marching order to the departing officers and crew “to always commit to what you have sworn to do – to protect the country’s sovereignty and territorial integrity.” BRP Nestor Acero (PG901) is under the command of Commander Harvey Lustre, while BRP Lolinato To-Ong (PG902) is skippered by Lieutenant Commander Ernan Benitez.

This acquisition also represents a major leap in the Self-Reliant Defense Posture (SRDP) Program of the country as the deal involves the transfer of technology that allows the local manufacturing of three platforms at the PN shipyard in Naval Station Pascual Ledesma, Cavite City.