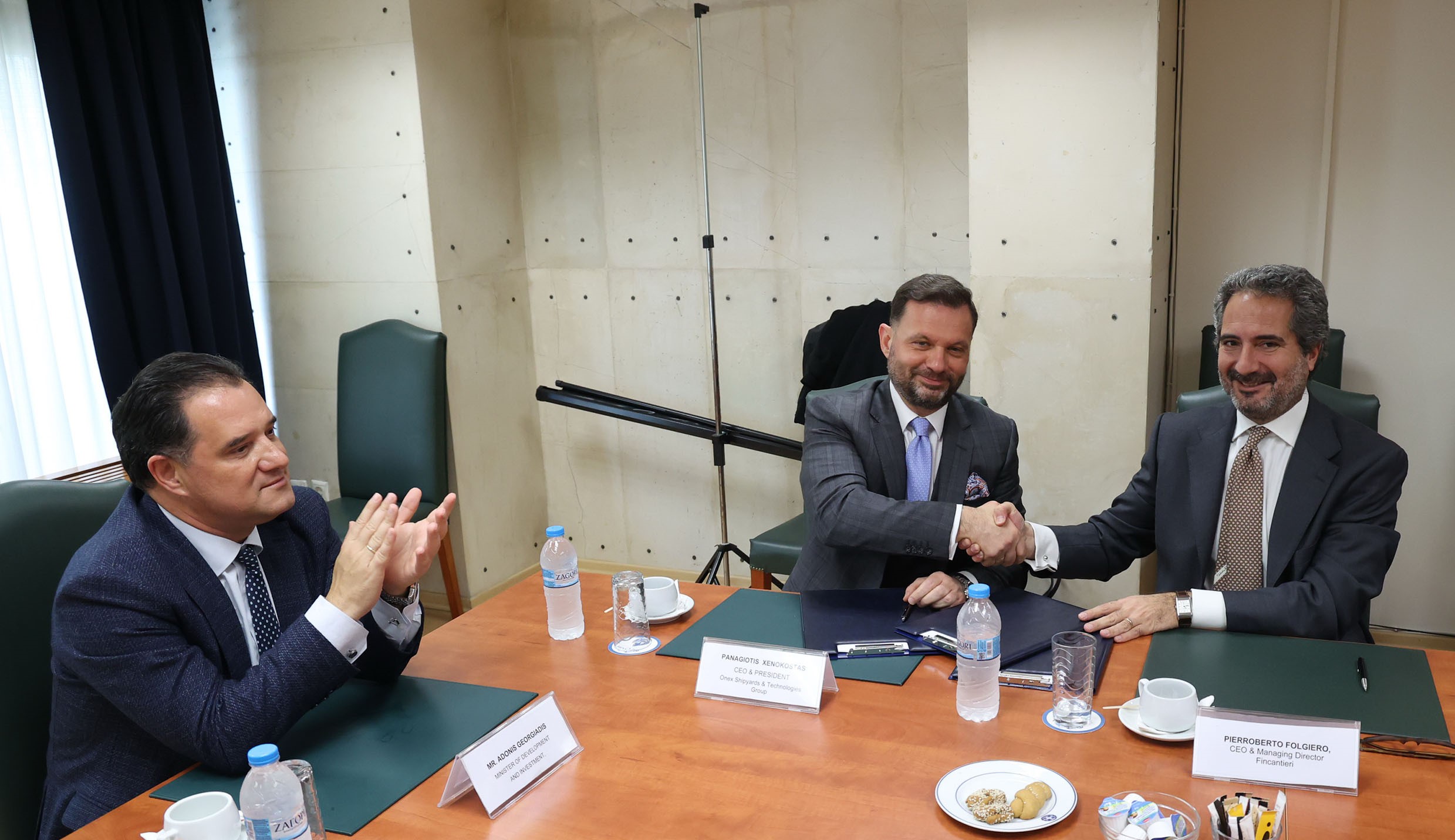 Global based, Italian shipyard, Fincantieri together with ONEX Shipyards & Technologies Group signed an official agreement for the creation of a corvettes manufacturing line & their life-cycle support base, that will be located at Onex Naval and Maritime Elefsis Shipyards.

The ceremony took place at the Ministry of Development office, in the presence of Minister Adonis Georgiadis, and attending were, for Fincantieri, Pierroberto Folgiero, CEO, and Dario Deste, General Manager Naval Vessels Division, and Panos Xenokostas, President & CEO of ONEX Shipyards & Technologies Group.

The agreement provides the terms of collaboration for the construction oof 2+1 state-of-the art technology and top-standard corvettes at Onex Elefsis Shipyards along with the necessary upgrades, improvements, know-how & transfer of technology, equipment, which are estimated at approximately 80 million euros.

Pierroberto Folgiero, CEO of Fincantieri, stated: “Our building strategy is based on a proven model to increase the effectiveness of the local partner with transfer of technology leveraging on synergies and interconnections between production in Italy and in Greece, with a long-term strategy. We also leverage a unique feature of the Italian defence industry, where a network of small-and-medium-sized companies works together with global ones: we want to mirror it in Greece to make Elefsis Shipyards a reference operator”.

“Today’s agreement for the development of a manufacturing and support base for the production line of the state-of-the-art Doha corvettes, is just the beginning. The transfer of know-how and the training of Elefsis Shipyards’ workers, craftsmen, executives by Fincantieri is a legacy of national importance. It is about much more than the revival of the shipbuilding industry.

“Greece is turning into a regional hub for the construction and support of defence platforms. Both groups’ commitment is focused on the Hellenic Navy and the allied fleets of the region, including of course the American one”, Xenokostas added.

Onex Naval and Maritime Elefsis Shipyards, expects the creation of 2.500 direct and indirect new jobs in the shipbuilding industry.

The agreement constitutes a cooperation with multiple benefits for the Greek economy and defence sector, while enhancing the prospect of further cooperation between the two Groups in future construction programs of warships and commercial ships.

The Agreement is an important step in the empowerment of the domestic defence production.

The know-how that will be acquired through the ONEX – Fincantieri collaboration will be an important cornerstone for the development of competitive products that will meet the defence requirements of various markets, giving even greater impetus to the rebirth of the Elefsis Shipyards.

In line with the commitment of Fincantieri to team up with the local industrial eco system, last October Fincantieri has signed a number of memorandum of understanding (MoU) with a selection of potential new Greek suppliers, setting the basis for defining possible long term business relationships.—shp/fin/aaa (Image: Fincantieri)