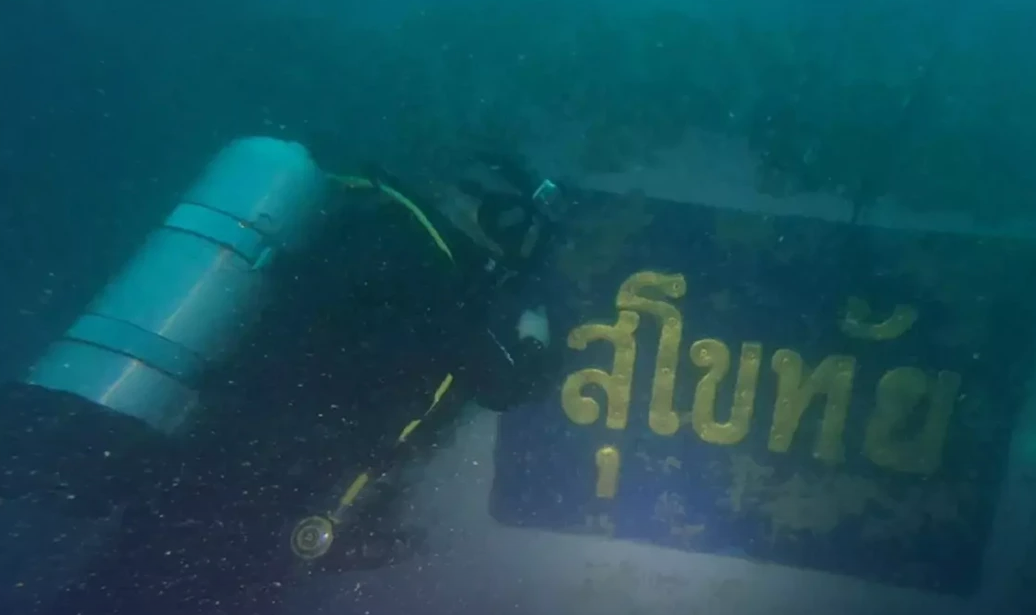 Bangkok: The Royal Thai Navy has released the first underwater images of HTMS Sukhothai after the warship disappeared beneath four-metre waves in the Gulf of Thailand two weeks ago.

The Rattanakosin-class corvette,  capsized in stormy seas some 20 nautical miles off the coast of Prachuap Khiri Khan’s Bang Saphan district on Dec 18 capsized and sank off the coast with 105 crew onboard.

Photos and video grabs of the wreck were taken by an undersea drone and a team of divers, who reached the ship for the first time Dec 28.

The SeaFox drone and dive team was deployed back at the wreck site, which lies at a depth of 40 metres, searching for bodies of the five crewmen still missing or trapped in the vessel.

It was reported that they are also tasked with surveying damage in preparation for the mission to lift the Sukhothai from the seabed. HTMS Rawee is circling above the sunken warship as an operating base for the divers, who so far have yet to find any bodies trapped in the ill-fated Sukhothai.

The search mission launched for its 11th day with five more to go, said the Navy on Dec 29. As of Dec 29 morning, the death toll stood at 24 sailors in what the Navy described as a “historic loss”. Seventy-six crewmen have been rescued and brought safely to shore. Of the 24 victims, 20 have been identified while DNA test results are pending for the rest. — agencies/adj/mgm (Pix:  RTN)