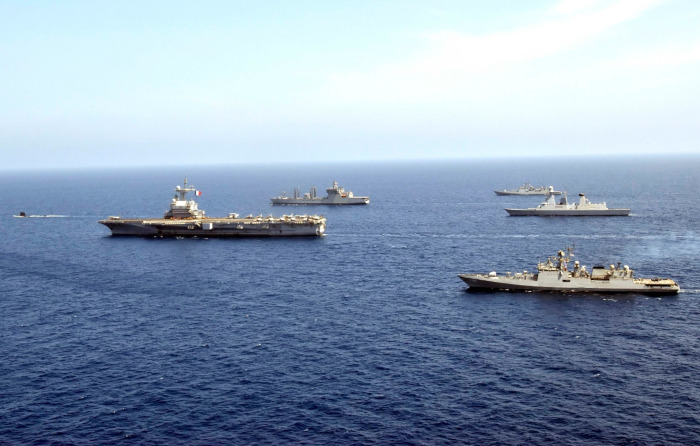 The naval forces of India and France are currently showcasing their might in the 21st edition of the bilateral naval Exercise Varuna on the Western Seaboard.

Both navies will endeavour to hone their war-fighting skills in maritime theatre, enhance their inter-operability to undertake multi-discipline operations in the maritime domain and demonstrate their ability as an integrated force to promote peace, security and stability in the region.

While the bilateral exercise between the two navies were initiated in 1993, it was christened as Varuna in 2001 and has become a hallmark of India – France strategic bilateral relationship. –shp/adj/aaa (Image: Indian Navy)